Windows 2000 is an older operating system still used in some small and large offices, Windows 2000 Professional is the operating system edition used on the client machines, It uses the NTFS standard for its file system, NTFS allows the users to share the folders and set the permissions on the machine.

Windows 2000 is more stable, It requires far fewer reboots than Windows 98, it also shuts down quickly, and it’s better than its predecessors at supplying big chunks of memory quickly to applications such as Adobe Photoshop. Although the operating system has been replaced by several newer Windows versions, It still has some advantages & disadvantages for client machines and networks. 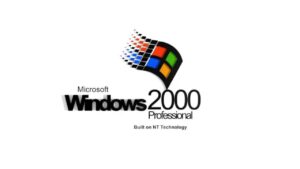 The users can also set the profiles for each person who accesses the machine, Each user has a different profile that contains custom settings, so, the backgrounds, fonts, and startup programs are specific for the person logging in.

The amount of time the operating system has been on the market has allowed Microsoft to fix any issues that arise for the newer Windows versions which is why some users choose to keep the older Windows 2000 version. Microsoft Corporation is betting that its new Windows 2000 for business and soon to be released Windows Millennium for consumers will meet those needs with flying colors.

The high marks Windows 2000 has received for stability and performance might be enough to warrant an upgrade, but the users need to check their hardware for compatibility, Even the consumers who will find that Windows Millennium (also known as Windows ME) which lacks Windows 2000’s stability but caters more to their needs.

The users should be sure that their PC’s manufacturer offers Windows 2000 BIOS upgrades, The BIOS is the code that lives directly on a PC’s motherboard and boots the computer describes some hardware characteristics to the operating system, It’s crucial that a PC has an ACPI BIOS to run Windows 2000.

Microsoft no longer supports Windows 2000 Professional as of July 13, 2010, So, updates, hotfixes, and phone support are no longer offered for this product, The users with Windows 2000 on a machine may encounter an issue that cannot be fixed,  Windows 2000 users should consider upgrading to avoid loss of support features.

Windows 2000 requires the users to log on using a name and password, and it uses that log-on authentication to control the file access, and the hardware compatibility and system requirements make Windows 2000 an iffy choice for antiquated hardware, and just because the hardware is new, It does not make it compatible with Windows 2000.

The users can not uninstall Windows 2000 Professional like Windows 98, If the installation does not work, their only recourse is to wipe out everything by reformatting the disk drive and reinstalling the operating system and all their applications.

The users who want Windows 2000 should purchase a computer that comes with it and all the necessary peripherals installed, Those who want better performance should invest in a faster processor or a memory upgrade.