Cardano is a decentralized public blockchain & fully open-source cryptocurrency project coded in the dynamic and mathematically verifiable Haskell language, The project is developing a smart contract platform seeking to deliver more advanced features than any protocol previously developed, It is the first blockchain platform to evolve out of a scientific philosophy & a research-first driven approach.

Cardano will be the first blockchain to use multiple layers (settlement & computational layer), There is no limit to scaling, When more people use blockchain, more transactions can be processed, The ADA cryptocurrency offers cheap & quick transactions, Cardano’s consensus mechanism is more environmentally friendly than older blockchains, as well as being fairer.

Cardano is proud to be the first platform to use open source code, which is peer-reviewed, its code doesn’t have weaknesses and bugs, If that is not the case, it can lead to all sorts of catastrophic problems, Just think of the DAO hack at the old Ethereum, where millions of euros were stolen from coins & the value of ether immediately dropped, To prevent such a situation, Cardano has a network of scientists & researches who tested various protocols & developed a more advanced blockchain, this same process also undergoes the code of aircraft protocols. 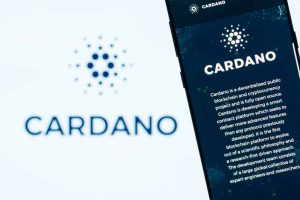 When a transaction takes place, different data must be recorded, Bitcoin only records who the coins are from, to whom they have to go, how many coins are transferred and when this happens, All this information is stored together, Ethereum adds so-called metadata in the form of smart contracts, where there is additional information about, for example, what the conditions of the transaction are.

Ethereum is considered to be the second generation of blockchain, Its advent unlocked the real potential of blockchain technology in the form of smart contracts, Cardano is proclaimed to be the third generation, and it was specifically designed with the aim of offering all the necessary functionality while overcoming the problems other currencies have encountered.

There is a number of advantages that are being attributed to Cardano over other blockchain platforms, Cardano is considered to be more reliable than other crypto platforms through the use of the PoS algorithm, Proof of stake validation eliminates the need for extra machines within the system as the nodes will be responsible for throughput and the system will be less susceptible to interference as a result.

The other security advantage is that it is a two-layered system where each layer is responsible for a complete set of tasks, thus allowing it to work more on interoperability with different crypto platforms, Cardano is more scalable than Ethereum and more decentralized through the use of the PoS, since it scales through side-chains horizontally, unlike its elder counterpart, which evolves vertically.

It would be the only proof-of-stake protocol with mathematically proven safety, Like the other protocols, the peer review of the code also takes place, Among others, the University of Edinburgh, University of Connecticut and the Tokyo Institute of Technology would have contributed to the development of the code.

Despite all benefits of Cardano, experts state that demand for Cardano ADA is low, since the team hasn’t yet implemented a lot of projects due to incomplete smart-contract and token standards, So, it’s still hard to use for people who want to run their ICOs and implement asset tokenization, That’s why Cardano ADA is losing its position among its main competitors: Ethereum and EOS.

It is a risk that competitors can succeed because of its slow development, the regulatory environment can change, demanding different requirements for the platform, the implementation of projects and features of released products has exceeded the amount of time announced in the roadmap, The developers have been implementing the blockchain slowly.

One of the possible drawbacks of Cardano is that it wants to implement a blockchain voting system, whereby holders of tokens can vote with regard to the future of the blockchain, there would be a kind of library where upgrades and modifications can be proposed and token owners can vote for or against, If a certain percentage is ahead, the change is added.

Implemented blockchain features are very difficult to reverse & token holders are not necessarily experts with regard to the blockchain, but splits, such as Ethereum & Ethereum Classic, are unlikely to occur because people are allowed to join in & vote on changes, they will have less of a tendency to split off, With this system, the board is decentralized & decisions are not only taken by a handful of developers, But the people who make the decisions have to know what they are talking about.

Another drawback to Cardano is that not many features are available yet, There are many plans for future features, but all of these have yet to be implemented, many of the claims that ADA coin makes are theoretical, as the blockchain is still being developed, Other blockchains, such as Ripple, Stellar Lumens, and NEO are already able to process more than 1,000 transactions per second, The maximum scalability at the moment is only 257 transactions per second.

Disadvantages are present in the Cardano infrastructure, as many considered the Proof of Stake algorithm to be flawed through a problem known as «nothing at stake», This issue consists of the problem that voting on a particular version of a proof of stake blockchain requires no resources, unlike the labor-intensive PoW, and does not involve any opportunity cost, without which miners simply mine on every competing branch so as to maximize the number of mining returns they get, Cardano is still an unproven platform that has not been tested in full, unlike Ethereum and Bitcoin.

Three organizations founded Cardano ADA, The Cardano Foundation, Emurgo, and IOHK combined their efforts to make Cardano ADA scalable, secure & flexible, It was launched by the IOHK team in September 2017, Its leaders are Charles Hoskinson, ex-co-founder of BitShares & Jeremy Wood, ex-member of the Ethereum team, Cardano ADA was released in different countries, and among students at various universities.

The Cardano Foundation is working to offer security & promotion for the Cardano protocol technology, so, its main goal is fixing all issues in rules governing the cryptocurrency, as well as improving and developing the ecosystem, Emugro can develop, protect & promot businesses, It is seeking partnership with other organizations & companies that want to implement blockchain into their businesses, Emugro has found research-and-development centers for these purposes in other countries, including South Korea & the Philippines.

This multifunctional platform provides users with opportunities to receive payments, game, gamble, and build their own ICOs, all in one of the widest networks available, the founders of Cardano are planning for it to become decentralized in 2019, when the next level will be completed.