What are the causes of Puerperal fever (sepsis)?

The methods of infection by droplets from a person infected with bacteria and suffering from the throat infection or tonsillitis to vagina of recently laboured mother and by an infected wound during the labour. 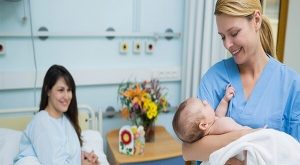 The symptoms are a high elevation in body temperature, face paling, chilling, severe acute pain in the lower abdomen and bad-smelling secretions from the uterus, The means of protection (prophylaxis) are sterilizing the surgical tools, wearing the masks during the labour (delivery).

The mother should be kept warm and avoid exposure to air currents, and prevent the visits of persons who suffer from respiratory diseases to the mother after the delivery.

The bacteria causing puerperal sepsis can be transferred to the patient by her own throat secretions that is why a pregnant woman suffering any respiratory disease should be treated first before delivery especially in the last two months to avoid autoinfection.

The puerperal infections are the sixth-leading cause of death among new mothers, and it affects about 6 percent of new mothers.

The Causes of Puerperal Infection

After giving birth, the women are more vulnerable to the infections of the genital tract as bacteria are opportunistic and thrive in warm, moist environments like the genital and urinary tracts.

Using of non-sterile instruments or unclean hands during the dilation checks can also introduce the bacteria into the body.

The symptoms of a Puerperal Infection

The symptoms associated with puerperal infections include chills, malaise, pain or tenderness in the uterus, drainage from the uterus that contains pus or is foul-smelling, fever greater than 100.4° Fahrenheit, lower stomach pain, and the uterus does not return to its normal size.

The women after birth must be monitored as the symptoms of puerperal infection typically begin anywhere between 24 hours to 10 days after the infection occurs.