The superficial fascia of the thigh

It is formed of 2 layers:

The deep fascia of the thigh (fascia lata)

It encloses the thigh like a trouser. Its upper end is attached to the pelvis. Its lateral aspect is thickened to form the iliotibial tract. The saphenous opening is an opening in the deep fascia of the thigh one and half inches (4 cm) below and lateral to the pubic tubercle, Its upper, lateral, and lower margins are sharp (the falciform margin). It is closed by cribriform fascia which is perforated by a great saphenous vein, superficial inguinal arteries, and lymph vessels. 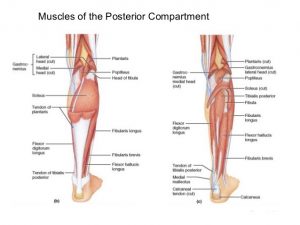 Compartments of the thigh

The thigh is divided into three compartments by intermuscular septa between the posterior aspect of the femur and the fascia lata: The three fascial compartments of the thigh: anterior (extensor), medial (adductor), and posterior (flexor).

Anterior compartments of the thigh

Cutaneous nerves of the front of the thigh:

Muscles of the anterior compartment of the thigh

It is a triangular area in the medial aspect of the thigh just below the inguinal ligament.

It is a downward protrusion into the thigh of the fascial envelope lining the abdominal walls.

The femoral sheath is composed of three compartments:

Boundaries of the femoral ring:

It is the largest branch of the lumbar plexus (L 2,3,4 dorsal divisions). It emerges from the lateral border of psoas major muscle within the abdomen then passes downward between the psoas and iliacus (behind fascia iliaca). It enters the thigh behind the inguinal ligament lateral to the femoral artery and femoral sheath (outside the femoral sheath). Termination: 1½ inch (4 cm) below the inguinal ligament, it terminates by dividing into anterior and posterior divisions.