Samsung I9070 Galaxy S Advance supports a primary camera of 5 MP, 2592 x 1944 pixels, autofocus, LED flash, It comes with many features such as touch focus, geo-tagging, and face/smile detection, It supports video of [email protected], and it has a secondary camera of 1.3 MP. 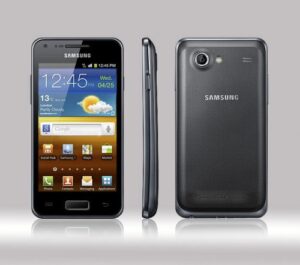 Samsung I9070 Galaxy S Advance supports sound alert types such as vibration, MP3, WAV ringtones, It has a loudspeaker, It has 3.5mm jack, It offers Comms WLAN such as Wi-Fi 802.11 a/b/g/n, dual-band, DLNA, and hotspot.

Both the microphone and the earpiece perform flawlessly, Voices sound is loud, clear, and natural that the conversation using the Samsung Galaxy S Advance is quite enjoyable, The loudspeaker does not disappoint as it is loud enough and it does not distort the sound too much.

In terms of battery life, you can get over 7 hours of continuous talk time which is an average figure, The smartphone should last for at least three weeks in standby mode, and that is pretty good as well.

Samsung I9070 Galaxy S Advance comes with a dual-core processor, It is a smartphone that is actually faster and more powerful than its predecessor, It is an Android phone that has a reasonably attractive and elegant design.

Samsung I9070 Galaxy S Advance has no 1080p video recording, It has no dedicated camera key, MicroSD card is under the battery cover, It launches with Gingerbread.