Nuclear weapons differ from chemical, biological, or conventional warheads, The principal difference is the size, shape, and inertial properties of the warhead, Nuclear weapons have a different distribution of weight within the volume they occupy, fissile material, the core of a nuclear weapon weighs more per unit of volume than most other materials.

Intercontinental Ballistic Missile (ICBM) uses a rocket engine, thus accelerating much faster & enters into space, thus no wind resistance, Once in the space the payload is moving at speeds in excess of 15,000 mph, so time to target would be measured in minutes, not hours, giving the enemy far less time to launch the counterattack or attempt to intercept the target, It can be loaded with multiple re-entry vehicles (MERVs) so multiple targets can be struck. 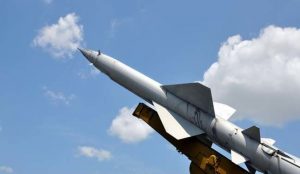 Delivery systems vary in their flight profile, the speed of delivery, mission flexibility, autonomy, and detectability, The pure ballistic trajectory limits the effectiveness of the chemical or biological attack because the reentry speed is very high that it is difficult to distribute the agent in the diffuse cloud or with sufficient precision to ensure the release under the shear layer of the atmosphere, The thermal heating upon reentry, or during release, may degrade the quality of the chemical or biological agent.

The Global Navigation Satellite System (GLONASS) and Global Positioning System (GPS) are unlikely ever to be used in the control function of the ballistic missile, The best military grade GPS receivers produce the positions with an uncertainty of tens of centimeters, If the missile has two of these receivers in its airframe spaced 10 meters apart.

Intercontinental Cruise Missile (ICM) offers the mobility, they are carried around by truck, they can be moved relatively quickly, so the opponent can’t easily track their positions and target them, The only real benefit is that after delivering its payload, it could still return to the base and be reused.

Intercontinental cruise missiles were built when the rocket technology wasn’t mature enough yet to build ICBMs, So, only a few models were built, as ballistic rockets have so many advantages, cruise missiles are just unmanned planes, so they have small advantages compared to manned bombers, Ballistic rockets, on the other hand, are extremely fast and difficult to intercept.

Very high speed, nearly unstoppable long-range ballistic missiles remain the crucial component of surprise nuclear attack and of the continuing danger of launch on warning of nuclear-armed missiles, the growth of ballistic and cruise missile capability throughout the world is creating new dangers of missile use to deliver chemical or biological weapons.

The benefits of controlling long-range missiles seem so large that they justify continued serious search for effective ways of controlling these weapons, A worldwide de-alerting program would provide a possibility of freezing the deployment of nuclear-tipped missiles and could lead to data exchange and later negotiated reduction of these weapons.

Intercontinental Cruise Missile (ICM) uses a jet engine, so it is relatively slow moving, It is easy to track by radar when flying at altitude (flying low to avoid radar would have drastically reduced its range due to wind resistance) and it is flying at sub-sonic speeds, So, it could be shot down like any other airplane.

Intercontinental Ballistic Missile (ICBM) is very large that it has to be held in the static position, and the enemy usually knows where those positions are located, and it can thus be targeted for a first strike quite easily, ICBM’s became operational, so, ICM’s were rendered obsolete.

As ballistic missiles are an effective weapon against satellites, the spread of the ballistic missile capability is a growing threat to the space-orbiting observation & communications satellites on which the international community is increasingly dependent.

Missile proliferation is fueling pressures both for expensive missile defenses and new deterrent roles for nuclear weapons against possible missile-delivered attack, it is creating increasingly serious obstacles to the most urgent arms control task of our time and better control over nuclear weapons.

The proliferation of nuclear, chemical and biological weapons, combined with missile capability, is the greatest threat that people will face in the coming years, The weapons of mass destruction can be delivered by aircraft and also on the ground by terrorists, most of whom will find it easier to use conventional firearms and explosives.

Beyond the problem of mass nuclear attack, worries about the proliferation of weapons of mass destruction and of missile capability have also brought with them the specter of smaller but still crippling missile attacks using nuclear, chemical or biological weapons, Protecting observation & communication satellites from attack would enable countries throughout the world to save large sums of money for defense against ballistic and cruise missiles.

Cruise missiles are a particular negotiating and verification problem because they can be quite small and easily concealed, and in many cases do not need to be flight-tested, Satellite launch is an expanding business, Verification of missile production and use for satellite launch and space exploration would be quite possible but would add complexity to the missile control scheme.

The nuclear weapons have a large kill radius against soft and unhardened targets, so, The accuracy is a minor consideration in the delivery system selection as long as the targeting strategy calls for counter value attacks, The nuclear weapons destroy the people and the infrastructure they occupy.