What is an eSIM?, eSIM (eUICC) review, features, advantages & disadvantages

eSIM stands for embedded SIM card that is mounted on the board of the device, It is introduced after SIM cards (Mini, Micro & Nano), But unlike SIM cards, it is not a removable card, It is available in the form of an integrated chip, It is known as eUICC (Embedded Universal Circuit Card) and it is compliant by all the operators.

What is an eSIM?

eSIM is a programmable SIM card which is embedded directly into the device, It is the embedded-SIM or embedded universal integrated circuit card (eUICC), The eSIM format is designated as MFF2, In machine to machine (M2M) applications where there is no requirement to change the SIM card, this avoids the requirement for a connector, improving reliability & security, The eSIM can be provisioned remotely, end-users can add or remove operators without the need to physically swap a SIM from the device.

The embedded-SIM is a global specification by the GSMA that allows remote SIM provisioning of any mobile device, GSMA defines eSIM as the SIM for the next generation of connected consumer device, networking solution using eSIM technology can be applicable to many Internet of things (IoT) scenarios, such as connected cars, artificial intelligence translator, MiFi devices, smart earphones, smart metering, car trackers, DTU, bike-sharing, advertising player & video surveillance devices, etc. 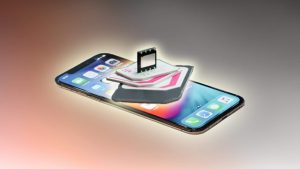 eSIM is an embedded SIM card, There aren’t physical SIM cards involved and there is no physical swapping over required by you, An eSIM is a small chip inside your phone and works in a similar way to the NFC chip that’s used for payment techs like Apple Pay and Google Pay, eSIM is supported by the network or carrier & enabled by them and not all networks support eSIM as yet.

The information on an eSIM is rewritable, so, you can decide to change your operator with a simple phone call, They’re really easy to add to a data plan, connecting devices with eSIMs to a mobile account can be done in minutes, eSIM is supported by the GSMA, the association of mobile networks and that organization has defined the standard for eSIM worldwide.

Many phones don’t support eSIM, but all smartphones will support electronic SIM cards soon, Many iPhones that support eSIM still have space for a traditional micro-SIM, but you can add a second number or data contract via the eSIM.

eSIM is available from selected carriers, You’ll either need to have a carrier’s app or a QR Code you can scan, the carrier will need to support eSIM, Manufacturers and operators allow consumers to select the operator of their choice & securely download that operator’s SIM application to any device.

Apple supports eSIM for the iPad Pro, Apple Watch Series 3 and Watch Series 4 and Series 5 as well as dual SIM support for the iPhone XS and XS Max and iPhone XR as well as the new iPhone 11 and iPhone 11 Pro and Pro Max, Google’s Pixel 2 supports eSIM but it was only used in the US for Google’s Google Fi, The Pixel 3, Pixel 3 XL and new Pixel 4 and Pixel 4 XL do as well.

The use of eSIM offers many advantages to the device manufacturers & networks, but there are also some advantages for you, too, You could use one number for business and another number for personal calls or have a data roaming SIM for use in another country, You could have completely separate voice and data plans.

eSIM stores multiple cellular profiles & it works seamlessly across the world, No specific slot is required, unlike SIM cards, so, it is ideal for space-constrained IoT devices, you can’t lose the card as it is tied to the device itself, you can have eSIM controllable over the air, so, it is easy to be used by network operators.

eSIM offers the same level of security as a removable SIM card, It supports the integrity of the billing process during roaming scenarios, eSIM allows simple management of subscriptions & connections, so, end-users don’t have to manage multiple SIM cards, You do not have to buy a SIM card from a specific operator, but with the eSIM, you only have to call the telephone company & request the connection, this cost can be reduced.

eSIM is more reliable, We will not easily lose the eSIM, it is not necessary to cut them and they will not wear out, you do not have to go to the store to catch one or pay for one such as when companies charged SIM cards, eSIM is integrated in your mobile, so, it is not necessary for a company to send it to you.

The manufacturers will have space for other implements, The removal of the components to read a SIM card & the slot, eliminate complexities in the design of the phones and eliminate a hole in the device, The designers will manage to create more sophisticated phones, it is not necessary to remove the back cover to remove the SIM or battery, so, they would be more attractive to the eye.

eSIM can improve the water-resistance, One less place to worry about for resistance to water & dust, It is ideal to improve the impermeability of our mobile device, Millions of smartphones have an extractor to eject the SIMs tray, But they get lost and we have to choose a pointy item that replaces it, With the eSIM, we will not have a slot and we will not have an extractor.

If your mobile phone breaks, it is easy to transfer data to the new phone in case of a SIM card, This is not possible in eSIM devices and users need to rely on the cloud to retrieve the data such as messages, contacts and other useful information.

It will take time & effort to change the eSIM, there are no phones with dual eSIM, We can’t disconnect from networks, We will have an eSIM on our mobile and we will be connected to a network, our mobile will be easier to track by any government & can be a problem for people who want privacy.

It is problematic for users who do not wish to be tracked when they use eSIM, It is easy for SIM card users as they can remove the SIM cards, so, it is not possible to be tracked by network operators, There is a possibility of hacking eSIM card data from cloud hosting.

The users who like to use different mobile phones, it is easy for them with SIM cards to do so, It is not possible with eSIM card as it is embedded in the motherboard of the mobile phone, It is a challenge to be implemented worldwide by network operators in order to provide seamless operations.

5G network features, uses, importance, dangers, What is 5g technology & How it works?