The solar cells produce electricity by converting the photons of light into the electrons, the solar cells are used to power anything from the small electronics such as the calculators and the road signs up to the homes, the satellites, the military applications, and the large commercial businesses.

The solar cells convert the sun’s energy into the electricity, They are building blocks of photovoltaic modules, They are known as the solar panels, Photovoltaic (PV) devices generate the electricity directly from sunlight via an electronic process that occurs naturally in certain types of material that called the semiconductors.

The electrons in these materials are freed by the solar energy and they can be induced to travel through an electrical circuit, They can power the electrical devices or send the electricity to the grid, the solar cells produce the direct current (DC) which is converted to alternating current (A-C) by using the inverter. 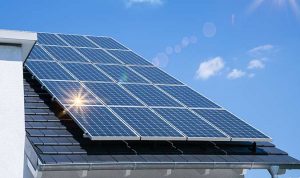 The photovoltaic (PV) cells absorb the light to generate the electron-hole pairs and excitons, they separate the charge carriers of opposite types, and they separate the extraction of those carriers to an external circuit, All types of PV systems are widely used today in a variety of applications.

The PV technology types are thin-film PV which is less efficient but it is often cheaper than c-Si modules, and concentrating PV which uses the lenses and the mirrors to reflect concentrated solar energy onto the cells, in addition to crystalline silicon (c-Si).

The modern solar cells are made from crystalline silicon or thin-film semiconductor material, the silicon cells are more efficient at converting the sunlight to the electricity but they have higher manufacturing costs.

Thin-film materials have lower efficiencies but they can be simpler and less costly to manufacture, A specialized category of solar cells that called the multi-junction or tandem cells are used in the applications which require very low weight and very high efficiencies such as the satellites and the military applications.

The solar cells are the photovoltaic irrespective of whether the source is sunlight or artificial light, They are used as a photodetector (for example infrared detectors), They detect the light or other electromagnetic radiation near the visible range or They measure the light intensity.

The wind power advantages and disadvantages