Types of fossils and ways of formation

The fossils are classified according to the way of formation into several types which are the fossil of the complete body, The cast, the mold, and the petrified fossils. 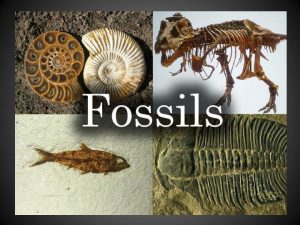 The fossil of complete body

It keeps the whole shape and all the details, It is a type of fossil which was formed as a result of the rapid burying of the organism as soon as it died in a medium that preserves it from the decomposition as the snow and the amber.

The amber is the solidified resinous matter which was secreted by the pine trees in the old geologic ages, The mammoth was extinct by the snow avalanche that occurred in Siberia 25000 years ago, The mammoth fossil and the amber fossils are examples of the complete body fossil.

The solid cast is the replica of the internal details of a skeleton of once an old living organism, The ammonites fossil, the nummulites fossil, and the trilobite fossil are examples of the solid cast fossils.

The mold is the replica of the external details of a skeleton of once an old living organism leaving them in the sedimentary rocks after death, The mold of ferns, and the fish mold are examples of mold fossils.

The petrified woods are the fossils that are formed as a result of replacing the organic matter of the wood by the silica part, and they give us the details about the life of once an old plant.

Petrification is the process of replacing the wood material of the trees with silica to form the petrified woods part by part.