Extinction and using fossils to indicate the extinction 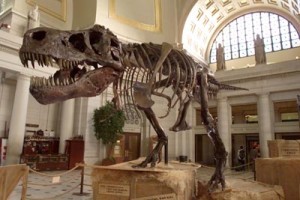 The moment of the extinction is the date of the death of the last individual of these species and most dinosaurs became extinct 66 million years ago due to environmental and climatic changes.

The extinction is the end of the organism or of a group of organisms (taxon), normally a species, The moment of the extinction is considered to be the death of the last individual of the species.

The species is extinct when the last existing member dies, The extinction becomes a certainty when there are no surviving individuals that can reproduce and create a new generation, the species may become functionally extinct when only a handful of the individuals survive.

Using the fossils to indicate the extinction

Studying the fossil record shows terrestrial life (the wildlife) appeared 570 million years ago, It witnessed ages when the species flourished, and then they suffered from a rapid decrease in the number of its members until they became extinct.

98 % of the organisms such as the dinosaurs appeared and became extinct before the creation of man, The ratio of the known living organisms now does not exceed 2 % of the total species that have appeared since the establishment of the planet Earth.

The fossils of some fish, reptiles and birds are not similar to their living counterparts now.

The types of fossils and the ways of formation