The awareness of protecting natural life increased after great harmful consequences that appeared since the mid-twentieth century. As each species of the plant gets extinct, 30 species of animals that rely on it as food or shelter get extinct.

The best ways to protect rare and endangered living organisms

We have to establish natural protectorates areas, We must increase awareness about the importance of natural life to sustain the existence of mankind.

We should issue legislations and rules to organize and control hunting on the land, the sea, and the air, especially for the rare types.

Natural protectorates are the safe areas which established to protect the endangered species in their homeland.

There is Ras Mohamed protectorate in South Sinai governorate in Egypt which protects The rare species of coral reefs, the coloured fish and numerous of rare plants and animals. 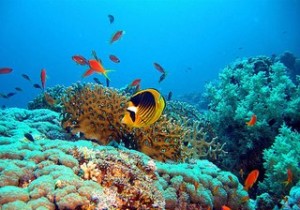 In 2005, UNESCO declared Wadi Hetan (part of Wadi El-Raiyan protectorate in El-Fayoum), as the best world heritage areas of the whales’ skeletons, where it contains about 406 whales fossil, 205 of them are complete 40 millions years ago.