2016 Kia Optima comes with a stiffer structure , bigger interior & trunk , improved engines with better fuel economy & new technology features , It is a resounding success in design & styling , It remains one of the better-looking sedans on the market today , It is quiet , It has a straightforward infotainment & It has a great value for the money .

2016 Kia Optima combines the sporty exterior with the spacious interior , Kia presents the 2016 model as fully redesigned , other than a few minor tweaks , The exterior looks a lot like last year’s model , Below the surface is another matter as Kia made modifications to almost every other parts of the car , The automaker updated the chassis and added a new engine to its lineup .

The midsize sedans like 2016 Kia Optima aren’t sports sedans only but driving dynamics matter even in day-to-day commuting & it is where the new Kia Optima boasts the biggest improvement compared , Kia has optimized the driving experience of 2016 Kia Optima , it feels quite responsive and nimble relative to the other sedans in its class & more than its predecessors .

The headroom in the rear may be a little tight for adults in the 2016 Optima , but the area does not offer an abundance of legroom , The front is spacious and it includes comfortably wide seats , The new Optima is definitely larger than its predecessor .

2016 Kia Optima comes in four different trims to provide the options , They are the LX , EX , SX and SXL , When the car buyers select the LX trim , they will receive the features such as cruise control & the rear-view camera .

2016 Kia Optima is equipped with the 8-inch touchscreen which features the sharp picture & large buttons , The inclusion of the physical buttons increases the vehicle’s safety since they require less focus when using them on the road , The smartphone integration is available as the satellite radio . 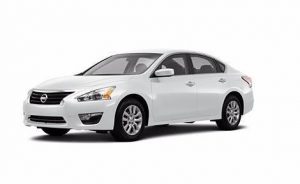 2016 Kia Optima is available with different engines which are regular , The base Optima LX and mid-grade Optima EX models get the 2.4-liter 4-cylinder engine which delivers 185 horsepower & 178 pound-feet of torque that connected to the 6-speed automatic transmission , 2016 Kia Optima LX has Driver Mode Select system which switches among Normal , Sport and Eco modes .

Optima SX and SX-L models have the 2.0-liter turbocharged engine with 245 horsepower & 260 pound-feet of torque , They are connected to the 6-speed automatic with steering-wheel-mounted paddles that is a much improved power-steering system , The engines have less horsepower but more torque compared to the last year’s similarly sized versions .

The luxurious materials & soft finishes are found inside 2016 Kia Optima , In the upper trims , The panoramic sunroof is available , The car-maker also included the height adjusting passenger seat & plenty of cargo space and the trunk measures 15.9 cubic feet in the 2016 Optima .

2016 Kia Optima presents a stylish exterior , While Kia made few changes to the exterior of the vehicle , The car buyers will appreciate the sedan’s sporty appearance , The grille delivers the aggressive look while the long hood and sloped body give the car a high-end feel .

2016 Kia Optima comes with exceptional safety features , When developing 2016 Kia Optima , the automaker added a number of standard safety features such as the stability control , the anti-lock disc brakes , the side-curtain airbags , the driver’s knee bag , the front active headrests and front-seat side airbags .

2016 Kia Optima comes with optional safety features such as the 360-degree surround view camera system , the rear parking sensors , the blind-spot monitoring system , Crash intervention system with the automatic braking , Electronic stability control and hill-start assist to keep the vehicle from rolling back when starting on the steep uphill grade .

2016 Kia Optima comes with the expansive warranty , It offers the five-year or 60,000-mile warranty which covers the car bumper-to-bumper , To back the vehicle model , even more , Kia contains the 10-year or 100,000-mile power-train warranty , In reliability ratings , the vehicle earned a high score .

There’s a new electrical power-steering assist on the Optima SX and Optima SX-L which vastly improves the steering feel & feedback , making the new Optima feel much more connected to the road than the last year’s model , Note that Optima LX and EX models use the same unloved power-steering system from last year .

Optima LX offers features such as the manual air conditioning , Bluetooth , Auxiliary , six-speaker audio system and USB inputs , The two front seats both adjust six different ways , with the power lumbar support for the driver and adjustable height on the passenger side .

2016 Kia Optima is taller & wider than before that adds up to the roomier and more comfortable cabin , along with more trunk space , The seats have been improved in front and for 2016 Kia has brought a height-adjustable passenger seat to the entire Optima lineup .

The rear seating isn’t the most comfortable in the class , although the long rear doors make getting in & out easier than in most mid-sizers , Trunk space has grown slightly in the 2016 Optima to 15.9 cubic feet and a wide opening to the cabin , with split-folding rear seat-backs is standard for cargo flexibility .

On EX and SX models , You can opt to get the heated outboard rear seats , the ventilated front seats & the safety package with forward collision warning with the automatic emergency braking , lane-departure warning and available surround-view monitors .

2016 Kia Optima does not have the road noise issues , It offers supple ride quality &  impressive cabin trims , It is one of the most refined interiors in its class , Ride quality is much-improved throughout the lineup .

Optima is one of the first models that offer both Android Auto and Apple CarPlay , The connectivity systems which let you interact with your smartphone via the Optima’s UVO infotainment screen .

2016 Kia Optima comes with one of the quietest , most refined cabins in its class—with plenty of space , too , Kia has for years been one-upping other automakers in terms of features and sheer value for money and the 2016 Optima is no exception .

Optima earns the superior rating by IIHS for crash avoidance & mitigation , Add all that up and the Optima earns the Top Safety Pick + designation , the highest mark by the independent agency , 2016 Kia Optima has earned five stars across the board that include the frontal crash , side impact and rollover safety .

The car company developed the dashboard in the horizontal line which is highlighted by the single trim piece , While this setup is ideal for the driver , The passengers will be looking at the empty and expansive dashboard .

2016 Kia Optima offers a sensitive steering , One drawback with 2016 Optima is that its steering is overly sensitive , When the car is set to the normal driving mode , it will feel a little light and withdrawn , The steering is better in the sport mode , but it still fails to provide the complete confidence .

Most drivers will fail to notice the materials used for the buttons but one reviewer noted that the horn button felt cheap but the same tester pointed out that the vehicle offers an abundance of storage areas .

2016 Kia Optima comes with visibility problems , It has better visibility than 2015 model but the car-maker could make the improvements , So , The car buyers may want to rethink the addition of window tint .