Camtasia Studio is two products in one , The screen recorder & Video maker and editor , It is capable of creating powerful , interactive & professional videos that can be used for a wide range of projects such as making of YouTube videos , Camtasia offers new call-out options , improved sharing tools & a completely updated user interface .

Camtasia ( formerly Camtasia Studio ) is a software suite , It is created & published by TechSmith , It is used for creating video tutorials & presentations directly via the screen-cast or via the direct recording plug-in to Microsoft PowerPoint , It is available to all Windows & Mac users and it is a premium product .

You can choose the screen area to be recorded freely , and audio or the other multimedia recordings may be recorded at the same time or added separately from any other source and integrated in the Camtasia component of the product .

Camtasia is used by anyone that plans on recording videos & needs a product that is capable of recording the computer screen , It can be used in making YouTube videos , educational presentations , marketing projects & sales presentations , The software supports a wide range of file formats for importing & exporting videos and other projects . 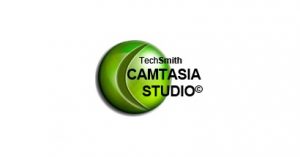 Camtasia looks professional , It offers Picture in Picture (PiP) , It can export in many different file types , It is more customizable , It has bells & whistles , It presents multiple audio tracks , It has many features in the interface that makes creating screen videos & processing them , You can choose to record your entire screen or only a portion of it that you preset before recording begins .

You can utilize various tools included in the program to complete your video , These contain multiple Transition Options , Voice Narration , a Zoom and Pan effect , Cursor Effects , Captions , Quizzing & more , You can use built-in tools to enhance and improve the audio quality of your voice recording .

You will be able to edit anything with Camtasia Studio , From editing visual effects to adding animations , Camtasia software can add interactivity functions to your videos & it can add things like adding quizzes , Quizzes & surveys restrict the media types when saving a presentation , The projects containing a quiz or survey can only be saved in the Flash format .

There is no limits on video length , This is one area that sets Camtasia apart from most other competitors out there , especially the free products that are available for download , Camtasia software does not have a limitation on the length of videos or any other project created using the software , This is a main benefit of Camtasia as certain projects such as sales presentations can be lengthy.

If you record your computer screen or PowerPoint presentations , you can turn on your computer camera and be featured in the videos , you can set the software to show a live recording of the presenter in the actual video , The presenter will be in the bottom right corner of the video for your viewers to see .

Camtasia software is capable of editing videos , If you recorded the video using Camtasia or any other video recording software , you will be able to convert the file format & edit the recording using the drag and drop editor .

It can import & export , It supports .camproj , .camrec & .avi file formats when importing and exporting the projects , All projects can be shared & transferred to multiple computers and locations , The screen recordings can be transferred from a PC to a Mac or vice versa .

You can publish & share to YouTube , Completed projects can be published & uploaded to YouTube , Google Docs , MyPlaces and Screen-cast right from the Camtasia dashboard , This is very convenient and much easier than the sharing options found on other software .

The biggest advantages of using Camtasia are the ability to create unlimited videos , publish videos to YouTube directly from the user dashboard and powerful integration with Microsoft PowerPoint and the other third-party services , You can try Camtasia free for 30 days without any commitments .

Camtasia’s process of creating a presentation is much like creating a movie , The components of its interface are similar to those found in video applications such as Windows Movie Maker & Adobe Premiere , Full-motion screen recordings are captured from a selected region of the screen , a specific window , the entire screen or a PowerPoint presentation .

Camtasia Studio interface options including Recording Options (left) , Clip Bin (center) , Preview Window (right) & Timeline (bottom) , The screen recordings , video from a web camera , audio from a microphone and imported media are stored in an unedited form in a clip bin , To add media to a project , the developer drags the content from the clip bin into the timeline , Different forms of media are separated into tracks in the timeline .

Camtasia’s timeline offers the tracks for multiple video & audio recordings and the other content such as quizzes & captions , The developers use a preview window for viewing the media stored in the timeline and individual clips stored in the clip bin , The storyboard helps the developers to quickly locate screen recordings , transitions , title slides and the other content of the file .

As with Camtasia , the audio & video can be recorded separately , In addition to the default auto-recording procedure , developers can choose to record screenshots manually by pressing the Print Screen button to create a new slide , This can further assist the developer in capturing only the desired screenshots for the Captivate project .

Camtasia offers an option for recording directly from Microsoft Office PowerPoint 2003 or PowerPoint 2007, In both recording types , all actions , such as mouse movements in the selected window and audio through a microphone , are saved in a Camtasia recording file at the end of the screen capture .

Camtasia recording file can be inserted into the timeline by selecting & dragging it from the clip bin , Camtasia’s real-time recording method is most advantageous to the developers needing detailed screen captures who do not mind editing video content in the timeline .

Camtasia Studio helps you import many types of multimedia video & audio files including MP4 , MP3, WMV, WMA , AVI, WAV , MPEG-2 , MPEG-4 , Adobe Flash and many other formats into the Camtasia proprietary CAMREC format , which is readable only by Camtasia .

Camtasia is the best software on the market , No other software comes close to the quality & versatility of Camtasia , If you need a product that is capable of recording your computer screen , creating & editing videos , Camtasia is a superb program for creating the instructional or the other videos using screen capture , The interface is accessible to all users at all levels .

Camtasia’s procedure of creating a presentation through an individual movie works best for the developers who are familiar with video applications , The developers unfamiliar with the procedure may have increased difficulty with the editing procedure in Camtasia because screen captures occur in real time .

Frame synchronization of video resulting from modification or deletion of errors including audio misspeaking or incorrect mouse movements can be tedious in Camtasia , The script outlining the elements of the screen capture can help alleviate errors during recordings .

Camtasia is not free , You could get lost working on a project , It is more complex , Not web-based/requires installation , It can be intimidating to look at on first glance , You can get yourself into trouble if you don’t quite know what you are doing .

Camtasia is not perfect & it has a few minor flaws  , It requires software , To record videos & capture your computer screen , you have to download Camtasia software which requires specific system requirements for Windows and Mac operating system , As of right now , they do not offer a web based version of the software .

You only allowed to update your software to a new version of your current version , if you have Camtasia Studio 9 and version 9.2 comes out , you will be able to update for free , However , if version 10 is released , you will have to pay to upgrade to the new version .

The main disadvantage is the difficulty in editing the content in the video & deleting errors that occurred during the recording , When deleting one or more frames in the video & audio tracks , It is difficult to match up frames so that the video & audio flow smoothly , The production of a project as a Word document is not found in Camtasia , which is useful for the printouts .

The rotation of objects is applied via a dialog rather than interactively , though many lower-priced video editors do provide interactive rotation and manipulation of objects such as text and video frames , Recording live from a DV camera is not supported , Camtasia can crash , But you can remedy these situations by closing the app & opening it again to start fresh .