Microsoft operating system is the most secure compared to Android or IOS due to the source code & a reliable system of protection, Windows Phone is a fast & user-friendly operating system, It is considered an integrated mobile platform, It presents the same functionality as do the other platforms, many windows apps are available in store, So you can find your favorite apps from them easily, Windows App Store is constantly enriched by the apps you needed.

Windows phone is called the worlds most personal smartphone because you can easily rearrange this phone, its integration with Microsoft-linked products has given many users, particularly who work a lot with Windows products, Windows Phone works well on all levels of devices & it has the best build quality.

Windows Phone has many unique features such as Cortana, Live Tiles, Offline Maps & Bangla Keyboard, Cortana is the personal assistant that has been added to Windows Phone 8.1, So, It is easy for you to make your daily actions.

Windows Phone comes with a superb camera,  Lumia 720, 820, 920, 925, 1520, etc are good quality camera phone, So you can compare windows phone with iPhone or Samsung Galaxy smartphones, Live Tiles is a unique feature of windows phone that is never seen in other operating systems smartphones, It can change dynamically, It is very nice to see and no ever become slow. 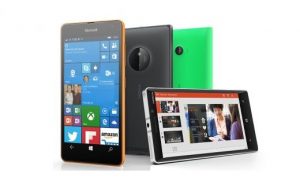 Windows phone comes with offline maps like iPhone, You can use the map without a net connection, They are mostly missing in Android Smartphones, Windows phones have permanent Bangla Keyboard that is the first Bangla official keyboard in windows 8.1, Almost all of the languages are available in windows phone.

Windows Phone is a high-quality build phone with an exceptional design for everyone, It is a powerful & sleek phone, While Windows App Store lags behind the Play Store in terms of quantity, what counts with apps is the quality, Windows Phone is not an open source platform, So, the app store responds with superb apps & cleaner options.

Facebook integration on Windows Phone makes it better than Android when it comes to tagging pictures, Windows Phone allows you to use your phone contacts as tags, You can switch between Facebook chat and normal text messaging, Windows Phone works well with Microsoft products such as Outlook.com, OneDrive Skype, Xbox, and OneNote.

Windows Phone comes with free Office in the OS itself, The mobile version is handy for on-the-go professionals, You can view & edit Excel, PowerPoint and Word documents straight on your Windows Phone, It integrates with OneDrive and you can save your compatible files on Microsoft’s cloud storage service.

Windows Phone enables you to check out your notifications from your lock screen, You can change background pictures in Lock screen settings, but Windows Phones allow the integration of live apps on the lock screen, Some of the better app integrations are Bing & Facebook, Bing displays the Bing picture of the Day while Facebook displays photos from your albums.

Windows Phone allows you to choose from photos of yourself or create a selection of photos to be shown on your Lock screen, You can configure the lock screen to display artist information when playing music, Windows Phones get Xbox games such as Asphalt 8: Airborne, Jetpack Joyride, Six Guns and FIFA 14 for free, All of the games run smoothly.

Microsoft phone allows you to play XBox games, It has the perfect XBox integration to help you get most of your games, even on low-RAM devices, Microsoft phone has worked hard to integrate Xbox functionality, So, you can work with your console avatar to gain points, check your Gamerscore, message your friends and see your avatar.

Windows Phone enables you to pin whatever you want and how you want, Instead of widgets, each app on your home screen acts as a Live Tile, They give you a quick glimpse of what’s going on in each individual app, You can see the time and weather via the weather tile and notifications from Twitter, WhatsApp, SMS & email all from the main screen.

Windows Phone has an expandable storage, Most Windows Phones, even the entry level ones have 8GB of internal storage and support a microSD card of up to 64 GB, The free 7 GB cloud storage from Onedrive makes it even better, It reduces the need to fall back on third-party online storage solutions, that may come with compatibility issues, OneDrive allows you back up content to the cloud, Windows tablets, PCs, and of course the Windows Phone.

Windows Phones have almost lost their positions, Microsoft’s smartphones have disappeared from the market due to the lack of new flagship devices, significant updates to the OS and little attention to Microsoft’s own platform, Microsoft says almost nothing about its plans to return to the mobile market.

There are no updates, in January 2018, Microsoft announced that it would no longer release test updates for the windows 10 mobile os, Microsoft admitted that the platform would no longer receive new features, although it conceived as a full-fledged OS for mobile devices and having the functions of “converting” smartphones using a docking station, monitor, and keyboard into a working PC.

The software giant has stopped supporting mobile push notifications for smartphones running on OS 7.5 and OS 8.0, The is due to the fact that the support period for older operating systems has come to an end, For Windows Phone 8.1, push notifications will work, but this is unlikely to last, You can not get google chrome and opera mini browser in windows phone but you will find almost all browsers.