A species is a group of more similar living organisms in the shape that can reproduce to give birth of new fertile individuals which are able to reproduce and keep the existence of the species.

The species is the basic classification unit for living organisms, Linnaeus used the species as a fundamental unit of the natural classifying system, African, European and Asian humans whatever their colour, race, or home are also belonging to one species (Human).

The taxonomy is a branch of biology that searches for similarities and differences among living organisms, and it places similar ones in groups according to a certain system in order to ease their study.

Intercourse may happen between some of the coupled species, but the product offspring is sterile. 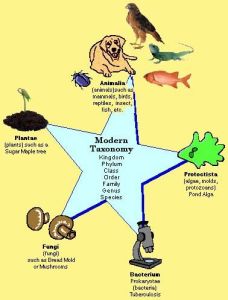 Mating can take place among any couple of cats whatever the difference in shape or size, so, all the cats are placed in one species, while the rabbits are classified in another different species and so dogs.