There is relationship between the shape of cells and functions they perform , for example : 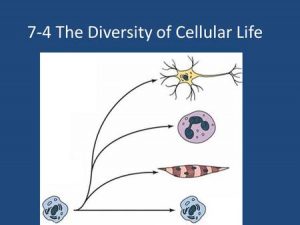 Cell discovery and role of scientists in discovering cell & its structure

He invented a simple microscope ( 1665 ) and used it to screen a piece of cork . He found that it is composed of small boxed arranged in rows , He named each box by the word ” cell ” .

The term cell is derived from the Latin word ( cellula ) that means the cell or small room , Therefore the favour in cell discovery is referred to Rebert Hook .

He made a simple microscope using lenses ( 1674 ) with the ability to magnify the objects up too 200 times of their real size , He used it for screening different substances such as water of the ponds , blood and others .

Therefore , Van Leeuwenhoek was the first to observe the world of microscopic organisms and living cells .

In 1838 , he deduced that the plants are composed of cells , He stated his deduction depending on his own researches and that of other previous scientists .

In 1839 , he deduced that the bodies of all organisms are composed of cells .

In 1855 , he stated that the cell is the functional and building unit of all living organisms , He emphasized that the new cells are produced only by preciously existing other living cells .

The efforts of the previous scientists have resulted in and gave rise to what is known  now as cell theory , The cell theory is considered the most important basic theory in the modern biology , This cell theory is mainly based upon three principles .

The principles of cell theory