Who was the first scientist who made the astronomical telescope?

” Galileo ” was the first scientist who made an astronomical telescope in 1609. It was made from lenses to collect the light in his telescope, He managed to see the mountains of the moon through his telescope.

The telescopes differ according to the type of rays that they receive such as visual light rays, infrared rays & ultraviolet rays.

Astronomers keep their telescopes in the observatories, These observatories have dome shape ceilings that are opened at night to direct the telescope towards any part of the sky.

In the observatories, astronomers can work and telescopes are kept. The observatories are located over high mountains to obtain a clear vision of space and monitor it accurately. 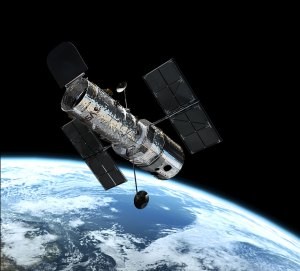 It is the most famous space monitoring telescope that revolves around the Earth in an orbit of 593 km higher than the surface of the sea.

Its length is 16 meters and it uses mirrors to collect light and electromagnetic waves. It was launched in a space shuttle in 1990 after 10 years of design and building it.

It provided us with the best photos of Earth and space since 1990 and the new James web telescope will replace it.

The Satellites study the stars and Galaxies from their location outside the Earth’s atmosphere, They are the astronomical observatories that are provided with cameras and telescopes.

The reflecting telescopes and their advantages and disadvantages

What are the advantages and disadvantages of Refracting Telescopes?