Lenovo Vibe Shot has an affordable weight to carry, It has 3 different colors such as Crimson, Pearl White, Graphite Grey, It supports autofocus,  optical image stabilization, Geo-tagging, and touch focus. 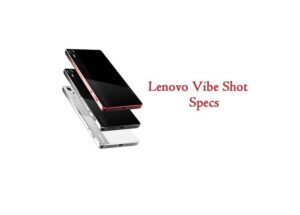 Lenovo Vibe Shot supports 32 GB inbuilt memory storage, and the memory can be increased via microSD to 128 GB, It supports 3 GB RAM, It supports many apps such as messaging apps, browsing apps, photo/video editor, and document viewer.

Lenovo Vibe Shot supports FM, It has additional Features & Apps such as Messaging apps, Browsing apps, It supports loudspeaker, It supports 3.5mm jack, It has many sensors such as accelerometer, proximity & compass, The design looks slim, and it looks very attractive.

Lenovo Vibe Shot has an interesting design, It has an aluminum frame, It is slim and easy to grip, It has a physical shutter button, so, the phone can be used as an actual camera, It has a strong focused camera Vibe Shot.

Lenovo Vibe Shot is a fully-featured smartphone, It boasts a 5-inch FHD display, It runs Android 5.0 Lollipop and it boasts dual SIM capabilities, It comes with 32 GB of internal storage and it has a microSD card slot, and it can be increased to 128GB.