The current nuclear reactors work by the fission nuclear reactions, The nuclear fission is the form of the alternative energy that can be utilized in place of the fossil fuels which are most commonly used and the nuclear power plants can generate this energy, The nuclear fission has low operating costs, The initial building costs are very high, It costs much money for paying the people to run the plants and obtaining the substances needed to create the energy.

The nuclear fission can meet high needs, The power which is generated through the nuclear power plants is immense, They are able to meet the needs of large, and the industrial cities as well as suburban towns, The energy is quick to create, meaning that they can make a large amount of some form of emergency required it.

More than 30 countries around the world rely on nuclear energy, Currently, the generation of the electricity in the nuclear reactors is done by the nuclear fission reactions, For the moment, The nuclear fusion is not valid to generate the electric power.

If the nuclear fusion is really practicable, It will provide great advantages over the nuclear fission, It is virtually inexhaustible sources of fuel, There are no accidents in the reactor due to the chain reactions which occur in the nuclear fission and the generated waste will be less radioactive. 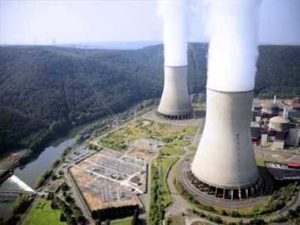 The nuclear power produces the energy very efficiently, The energy produced per amount of the material consumed is the highest available and it can have huge environmental benefits, The amount of waste produced is the least of any major energy production process.

The electricity generation through the nuclear energy reduces the amount of energy generated from the fossil fuels (the coal and the oil), Less use of the fossil fuels means lowering the greenhouse gas emissions (CO2 and others).

less amount of fuel offers more energy, It represents the significant savings on the raw materials but also in the transport, in handling and the extraction of the nuclear fuel, The nuclear fuel cost is 20% of the cost of energy generated.

The production of the electric energy is continuous, The nuclear power plant generates the electricity for nearly 90% of the annual time, It reduces the price volatility of the other fuels such as petrol.

This continuity benefits electrical planning, Nuclear power does not depend on the natural aspects, It is a solution for the main disadvantage of renewable energy such as solar energy or wind energy.

The radiation is dangerous because of its high energy, It can cause the ionization of the molecules and the atoms and the cleavage of bonds, resulting in altered molecular structure, Rapidly growing of the cells such as the bone marrow and white blood cells.

Also, the radiation is measured by the relative toxicity in rem (the roentgen equivalent man), For the most radiation types, there is no safe dose of radiation, only lower or higher probabilities of damage.

Facing the unexpected event or managing the nuclear accident we don’t have any guarantee that the decisions we took are always the best, The big problem is the difficulty in the nuclear waste management, It takes a long time to eliminate the radioactivity and the risks.

The biggest issue with the nuclear fission energy is the high production of nuclear waste which is toxic and harmful to all the living things, as well as the water and the air supplies.

The nuclear fission is very volatile, The big risk is involved in operating the nuclear power plant, The energy which is generated can easily be harnessed to make the devastating weapons like the nuclear bomb, The plants pose a great risk, if the accidents occur, They can explode and cause injuring and killing many people.

Nuclear fission causes dangers to the workers, It produces the radiation which is deadly for the humans and the animals if absorbed in large doses, The workers are at great risk of developing dangerous health conditions and from suffering the radiation poisoning.

The initial costs are staggering, The amount of money which it takes to build the nuclear fission power plant is insane as all of the complex technologies that are needed and the plant safety cautions to be safe.

The nuclear fission causes the risks for the contamination, If the nuclear waste is not disposed properly, many people will be at great risk, There have been times where the water supplies are contaminated, and widespread the illness has occurred.

The terrorists want to target the places that will cause the most widespread damage, The nuclear fission power plants are the greatest targets for these attacks, Even the small bomb or the explosion could cause major problems with the nuclear power plant, and even cause the entire thing to explode.