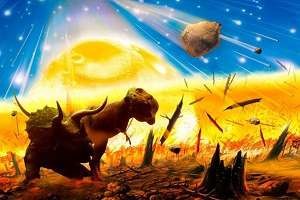 The causes of old extinctions

The scientists postulated that the causes of old extinctions are due to the emission of the poisonous gases from the active volcanoes, the meteorite impacts with the Earth, and the onset of the long glacial age.

The causes of the recent extinction

Destroying the natural habitat causes the recent extinction, The tropical forests include about one-third of the terrestrial living organisms, where each tree forms a shelter for more than 300 species of the living organisms.

So, cutting the forest’s trees destroys the habitat of these species, and drives them stray and homeless, The scientists estimate that we lose about 68 species of trees every day.

Overhunting is considered one of the important causes of the extinction of hundreds of reptiles and the mammals’ species, Overhunting is hunting wild animals in a random unorganized way which exposed them to extinction.

This is due to the increased rate of interest in the animals’ skins and furs, The progressive development in the technology of hunting weapons, and the absence of the laws that control wild animal hunting at the beginning of the 20th century.

Environmental pollution causes the extinction of many living organisms, When the oil leaks in the oceans and the seas it causes the death of the marine birds when the acidic rains fall they destroy the forest’s trees, and the chemical insecticides break down the food chains.

Climate changes and natural disasters cause the recent extinction, Some of the disasters are related to climatic changes such as drought, tornadoes, floods, lightning, torrents, storms, and rising the temperature of the Earth planet.

There are some disasters that are not related to climate change such as earthquakes, volcanoes, and the high marine tide (the tsunami waves), Natural disasters are considered one of the causes that leads to the extinction of species.