Salts formation, The chemical formula of salts and its naming

Salts are abundantly found in Earth’s crust, They are also found dissolved in the seawater, Cation is a positive ion ( M+ ) of the base ( basic radical ) , Anion is a negative ion ( X− ) of the acid ( acidic radical ), They are combined together to form salt  M+X− .

The chemical formula of salts and its naming 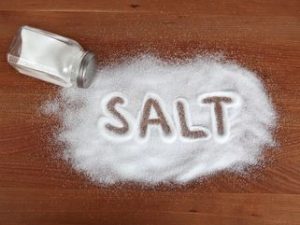 FeCl3 is the named as iron ( III ) chloride, while AlCl3 is aluminum chloride, although the valence of iron and aluminum is 3 in the two salts , because iron has two valencies ( II, III ), while aluminum has only one valence ( III ).

Some acids have more than one type of salts, due to the number of hydrogen atoms in the acid molecule.

Monobasic acids form only one type of salts like:

What are the types and properties of salts?