Audacity is a popular free audio recording & editing software , It is used widely across the world , It is very user friendly , It has made recording & editing very simple so that everyone can have a go without needing any extensive training , It supports a number of plug-ins & libraries that can expand its functionality .

ِAudio editors are mushrooming over the internet , A few audio editors offer free services while others require payment , The task of audio editors is to give clear & high quality audio for blockbuster movies , One of the very best audio editors available is Audacity , This software for audio editing is free of charge , versatile & available for everybody .

Audacity is a piece of sound-editing software , It is known for being open-source ( free of charge ) and offering cross-platform compatibility , It has an additional feature which is Beat Analyzer feature , Without affecting the overall quality of sound , The people can make the beat of a particular audio slower or much faster through this extra feature .

Audacity is used for creating & editing the podcasts , Bands can utilize the software for making rough demos of their songs , Any recordings can be exported into recognizable audio files such as MP3 and WAV , The tool called LAMEC encoder is needed for exporting files . 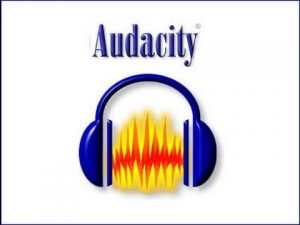 Audacity is a free , easy-to-use , multi-track audio editor & recorder software , It works on Windows , Mac OS X , GNU/Linux and the other operating systems , Audacity option is a superb choice for creating the interviews , narrations , scenarios and anything else involving voice , music or sound .

Audacity can record new audio via the microphone , It can import an existing audio recording , It can cut , copy & past portions of the audio clip , It can remove background noise , It can reduce or amplify the volume , It can record in Mp3 & create audios , including the edition of material .

Audacity can manipulate the speed , pitch & tempo , It can fad in & out , It can export the clip in various formats including MP3 , You are able to add new tracks into the same clip , making it easy to lay in background music or sound effects , that can then be edited independently of the main track , It can edit WAV , AIFF , FLAC , MP2 , MP3 or Ogg Vorbis sound files (OGG) .

Audacity is able to record computer playback on any Windows Vista or later machine , It can record live audio , It can convert tapes & records into digital recordings or CDs , It can cut , copy , splice or mix sounds together , AC3 , M4A/M4R (AAC) , AMR , WMA & other formats supported using optional libraries .

Audacity is a software that is created to offer audio recording , It can be downloaded anytime because it is an open source , With the free monthly membership payment , This software is simple to download & it is compatible with any operating systems .

This digital audio editor has undergone a number of upgrades since it was released , Audacity is considered as a very best software for audio editing/recording , It has various versions filled with exceptional features , It is lightweight & a relatively small program size , It is open source with community support working to continually improve it .

Audacity projects can be easily shared between Windows , Mac OS & Linux machines as well , Audacity software is better for deep , detailed editing of audio & it is best for editing audio pieces longer than an hour , It is more robust in terms of preserving under high CPU loads & disk usage .

Audacity software allows sample editing , importing of raw data , noise removal , pitch change & tempo change , Although Audacity doesn’t support MIDI recording , It can import MIDI and editing and exporting MIDI is slowly being developed , Virtual Studio Technology that is very effective in turning a simple audio into a world-class form of recording is utilized by Audacity .

It is easy to install  the program , Go to the site http://audacity.sourceforge.net/ , download Audacity 2.0.5 for Windows and install the last version of Audacity , Continue to accept the steps for downloading the software , Select the language , the information & the destination for arriving until the end .

with Audacity , you can easily get back to the previous changes you’ve made since it has unrestricted , you could have some changes on the tempo & speed of the audio without distorting its pitch , The pitch itself can be altered , Among its other features are non-destructive & destructive effect processing , zoom , single track edit and navigation controls .

With Audacity , you aren’t given the opportunity to record audios , you can take away the noise if you record them on a noisy area , It is all due to the software’s noise removal features , This software does not just give sound recording , but mixing multiple numbers of tracks & playing back sounds as well .

Audacity has its limits that can’t be broken like any program , It can’t effectively tag MP3s , Look at Audacity’s tag editor & you’ll notice some missing fields , especially the cover art field , Use a different program like MP3Tag ( free for Windows ) or ID3 Editor ( $15 for Windows and OS X ) for tagging your audio files .

Audacity is not able to make good podcast MP3s , LAME is the best MP3 encoder , But it is the best for music & only when you use variable bitrate (VBR) , This isn’t very compatible for the podcasts , and using LAME produces poor quality MP3s .

Audacity can’t make music , It can import MIDI files , but it won’t be a friendly interface like GarageBand or the other music-making apps , Audacity lacks loops , sequencers and a host of the other features found in the other apps .

Audacity can’t publish or share , Export is your only option with Audacity , There aren’t any one-click publishing or sharing options , You’ll have to do that yourself , Any audio-editor can’t make bad audio sound good , There are some bugs in Audacity that can cause it to crash unexpectedly , So , this software is not as robust & polished as some other professional sound-editing programs .

Audacity is not able to apply the real-time or editable effects , If you apply an effect in Audacity , you have to apply it to your audio before you hear it , And once applied , you can’t change the settings later unless you undo and re-apply .

There are many known (and unknown) bugs exist which can cause the program to become unstable , Audacity is limited in its mixing capabilities , Some aspects are more complex and not as user-friendly , Audacity is not as complete as you will have to install plug-ins/encoders separately .

Importance of Audacity options and tools