What is blood cancer?

In the most blood cancers, the normal blood cell development process is interrupted by the uncontrolled growth of the abnormal type of the blood cell, These abnormal blood cells or cancerous cells prevent your blood from performing many of its functions such as fighting off infections or preventing serious bleeding.

The cancerous formation can attack any organic system of the human physiology, As part of the blood cancer, the rapidly multiplying cancerous cells are found attacking the different aspects of the circulatory system, Besides the blood and the lymphatic system, the bone marrow can also be the focus of attack. 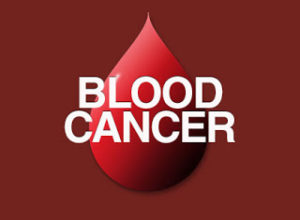 Leukaemia affects your white blood cells, These are an important, infection-fighting part of your immune system, they made in your bone marrow, The acute leukaemia comes on suddenly, progresses quickly and it needs to be treated urgently, Chronic leukaemia develops more slowly, over months or years.

Lymphoma is the type of blood cancer which affects the lymphatic system that removes the excess fluids from your body and it produces the immune cells, Lymphocytes are the type of white blood cell which fight the infection.

The abnormal lymphocytes become lymphoma cells that multiply and they collect in your lymph nodes and the other tissues, Over time, these cancerous cells impair your immune system.

Myeloma is the cancer of the plasma cells, The plasma cells are white blood cells which produce disease and infection-fighting antibodies in your body, Myeloma cells prevent the normal production of the antibodies, leaving your body’s immune system weakened and susceptible to the infection.

There are some common blood cancer symptoms which are fever, chills, persistent fatigue, the weakness, loss of appetite, nausea, the unexplained weight loss, night sweats, bone/joint pain, and the abdominal discomfort.

The blood cancer affects a large number of people, The treatment for the blood cancer depends on the type of cancer, your age, how fast cancer is progressing, where cancer has spread and other factors.

The chemotherapy is the use of anticancer drugs designed to interfere with and halt the growth of cancer cells in the body, Chemotherapy for the blood cancer sometimes consists of giving several drugs together in a set regimen, It may also be given before a stem cell transplant.

The chemotherapy involves taking the drugs which destroy the cancer cells which are growing and multiplying, hopefully putting it into remission or significantly slowing down the progression of the disease, Because the cancer cells grow and multiply faster than the healthy cells.

The radiation therapy or Radiotherapy works by using high-energy X-rays to kill the cancer cells, It may be used to destroy the cancer cells or to relieve pain or discomfort, It may also be given before the stem cell transplant, and it can treat some types of leukaemia and lymphoma.

The radiotherapy can also damage the normal cells that can cause the side effects, These vary greatly for each person, some experiencing mild symptoms such as tiredness while for others it can be more debilitating.

When radiotherapy finishes, most of your body’s healthy cells will continue to grow normally again, But Radiotherapy can have long-term side effects.