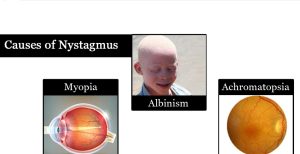 The cranial portion of the neural tube shows 3 dilatations:

Later on, another flexure called pontine flexure appears between the pons and myelencephalon.

The neural canal (cavity of the neural tube):

Development of the spinal cord

Origin: from the caudal part of the neural tube.

Abnormalities of the spinal cord

Neural tube defect (spina bifida): This anomaly is due to abnormal closure of the neural folds which is normally occurred at the 3rd or 4th week. In this defect, there is a splitting of vertebral arches, which may be accompanied by the splitting of the underlying neural tissue. There are 2 types of spina bifida:

a. Spina bifida occulta: there is defect of the vertebral arch covered with a patch of hair a. Spina overlying the lesion. The neural tissue is normal). It occurs in the lumbosacral region.

A. The basal lamina (motor): contains three different columns. These columns are arranged from medial to lateral;

B. The alar lamina (sensory): contains four different columns. These columns are arranged. from medial to lateral;