Emulation enables your computer to pretend to be something else, The devices can be emulated such as old operating systems, video game consoles & certain programs, Emulation can be used in developer circles, The emulator is useful for developers working on Android devices as an Android emulator is included within Google’s own Android SDK.

There are different types of mobile devices, this can cause multiple problems when it comes to testing on a real device, a lot of developers will stick to using on-screen digital iOS or Android emulators, There are a great number of advantages to emulation, especially emulation in video games.

Video game emulation helps users to increase in-game resolution, add post-processing effects, play with different controllers, and do all kinds of new things with their games that they previously couldn’t, the Xbox 360 & PS3 are much different, hardware-wise, than their successors, but the emulation of the 360 is progressing on the Xbox One, The Wii U shares architecture with the Wii, so games are backward compatible with no need for emulation. 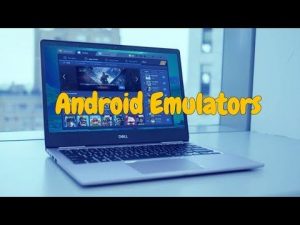 You should either test your app on your computer using emulation software, or you can test it using a real mobile device, One of the most important parts of the mobile app development process is the testing phase, This is where you’ll make sure that every feature and function is working as it should be, and that you have the opportunity to find and iron out any problems your users may encounter before release.

An emulator is a software that allows the host computer to behave like another, It enables the powerful hardware to imitate the old hardware for backward compatibility, The emulator can be a very faster solution since you’re only emulating the software you need, It can be found easily in your coding software or as a standalone platform, It can easily track the analytics of your app and what it’s doing.

Android emulator should be faster, It has all advanced features & it is user-friendly, MEmu is the most popular android emulator to play, It presents better performance than Bluestacks, Memu offers hardware configurations & software environment and it can support most popular various games.

Emulators are used to mimic the real device, Its software & its hardware, On the other hand, the job of a simulator is to offer a software environment to run the app, It only impersonates the software part of the device, Emulators can run the exact same app without any modification but simulators can’t because of the hardware limitations.

Emulators can simulate software & hardware but simulators can only do this with the software part, Emulators can run the code without any modification while simulators have limitations in this area because they need a modified code to run it smoothly which is suitable to the hardware they are using.

Your apps may not run as they would run on a real device, Logging real-time data (such as network, weather, location, etc.) may not function properly, and there aren’t hardware considerations that devices may have.

Emulation is very difficult to do due to how strange the original Xbox is, no successful Xbox emulator has yet been released, Even PCSX2, the premiere PS2 emulator, still faces a lot of compatibility issues with major PS2 titles despite having been in development for many years.

Emulation is a tricky area, legally-speaking, at least for video games & other licensed software, You’re technically allowed to have your own archival copies in the United States but not allowed to create them yourself, However, prosecution for possession of video game backups doesn’t take place unless you’re selling or distributing them.

Emulation can be tricky, It can be a difficult situation to understand, Emulation can be used for gaming, development and more, Developers use Emulators & simulators to test their apps, in the current ecosystem of iOS & Android which is drastically different than the development environment of a few years ago.

Emulators are used in finding the abnormal behavioral pattern in the app but simulators can’t because the tester wouldn’t know whether this unexpected behavior is due to the simulator or due to some bug in the app itself, Emulators are very slow as compared to simulators due to the nature of their job, In many cases, the performance of simulators makes a big difference.

Emulators are difficult to configure & maintain as compared to simulators, Emulators are only available for certain platforms and they have more limitations than simulators, Simulators deliver results for analysis but because of the incomplete data, it has always a possibility that many bugs would be overlooked.

The main method of testing is running your apps through an actual mobile device, while this can give you a realistic feel for what your app is going to be like to run, The actual devices use all hardware such as GPS, network, Bluetooth & many others in real-time that makes it easier for developers to find unexpected behavior of the app.

Due to the inefficient code or some other reasons, the app uses an excessive amount of resources like battery power, CPU, GPU & RAM, Although most of these things could be caught on emulators too but battery drain is a serious issue that is almost impossible to catch on a simulator or emulator, The developer might want to test the app against incoming interrupts such as incoming email, message & call, In those cases, a real device is needed.

Real devices are used for testing purposes but they are extremely difficult and expensive for developers to use them as testing platforms, There are many models of Android devices & testing on multiple models that are not only frustrating and time-consuming but also expensive, You should consider the resources spent on the maintenance of the real devices, It might be difficult to get the actual devices considering they are not released in your country yet.

Not all devices will run the app the same, It can be expensive to buy multiple test devices, Inability to make changes while you test, Much more time consuming to get everything set up & installed after every update, You can’t work on the development project using Cloud software.