It is created by establishing a virtual point-to-point connection through the use of dedicated circuits or with tunneling protocols over existing networks, A VPN available from the public Internet can offer some of the benefits of a wide area network (WAN),  the resources available within the private network can be accessed remotely.

How do VPNs work?

A Virtual Private Network is an encrypted private connection between two machines, When you use a Virtual private network, your PC or other smart device connects to another computer called a server, Your device will use that server‘s information to browse the internet rather than its true network information, Any site tracking user data would see the VPN server’s information rather than your device’s information.

The VPN security model offers confidentiality such that if the network traffic is sniffed at the packet level, an attacker would see only encrypted data. it offers sender authentication to prevent unauthorized users from accessing the VPN. it presents message integrity to detect any instances of tampering with transmitted messages. 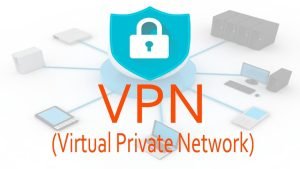 Virtual Private Network (VPN) helps internet users guard their privacy, protect their personal information and gain anonymity. VPN creates a secure, private network connection to the internet by routing the user’s internet traffic through VPN servers. Virtual Private Networks are ideal for remote work setups because employees can use them to have secure connections to their workplace PCs, no matter where they are.

Virtual private networks allow people remotely create a secure connection with their office network to access files and other resources required for their job, VPN services can protect any data in any communication channel that an online user may use, VPNs are effective at hiding a device’s IP address when the device is connected to the internet, A growing portion of internet users use VPNs to circumvent content restrictions, website blocks, and censorship programs.

VPNs are easy to install, set up, and use. It can enhance user privacy and online security, a VPN offers anonymity and change of location. Modern VPNs present many other benefits such as auto-connect, vast server networks for more location options, and strong encryption technologies. VPNs offer safety through anonymity, and, VPN services secure public internet connections via encryption, They hide online activity from bad actors such as hackers and other cybercriminals.

Apps & websites can track users and record their online activity by collecting personal data, VPNs can prevent that by blocking access to the user’s connection, When all bits of internet traffic leaving and coming to the user’s device are encrypted, the user is automatically anonymized.

Virtual private networks are very competent when dealing with firewalls, opting to go through them instead of bypassing them, All consumer-grade VPNs use a tunneling protocol that makes users anonymous online and secures their browsing experience, Virtual private networks mask the user’s traffic and pass it through the encrypted tunnel when the user connects to a VPN server to change their IP address websites.

Virtual private networks are very effective against bandwidth throttling where the users may experience buffering or long load times on specific websites, especially at the end of the month, Internet service providers along with network administrators throttle bandwidth to keep certain users within their download limits, so they limit the amount of data users can transfer in a certain period.

Virtual private networks can unblock many websites and streaming services, VPNs can bypass geo-locked content, Good VPNs manage to circumvent any web filter reliably every time the user needs to access content that is not available in their region, Some companies produce content for specific regions for various reasons, one of the reliable ways to access that content is via a VPN service.

Virtual private networks allow users to stay safe, private, and anonymous online at a very reasonable price, Most of the top VPNs in the world cost between $2 and $11 per month depending on the length of the user’s subscription period, In exchange, users get top-tier encryption, broad server networks, advanced security features and the ability to change their IP address location.

Most modern VPN services present free trials and money-back guarantees, making them even more cost-effective and giving users the opportunity to test the service before committing to it, Virtual private networks offer seasonal discounts and lifetime subscription packages that lower the cost. There are free VPNs on the market, but most of them are ineffective or do not provide anywhere near the level of security provided by paid VPNs.

Virtual private networks allow you to avoid online price discrimination, They allow users to save money on various products that are sold online, when the user deploys VPNs to purchase the right products, discounts can go up to thousands of dollars, Many companies set different prices in different regions for the same services and products.

Even when the user changes location using a VPN server to see the lowest prices, the service may not accept a credit or debit card from a foreign bank, There are bank fees, exchange rates, and various other charges that are levied on international transactions.

VPNs are point-to-point connections and they do not tend to support broadcast domains; So, communication, software, and networking may not be fully supported as on a local area network, VPNs can protect the user data and grant privacy online, but they are not free, While the price is not extreme, there is no guarantee that the VPN service will continue to perform well.

The Virtual private network can encrypt the user’s data and send it to the VPN server which can be located nearly anywhere in the world, and it will decrease the internet speed for the user. Virtual private networks are not legal in all countries, Depending on where the user lives, the use of the VPN may or may not be legal, Since laws are always evolving, the legality of a VPN service is an issue all VPN users have to deal with, the users should check if it is legal to use the VPN in their region.

A Virtual private network service can monitor the user’s activity and use their data if it does not have a good reputation, Some VPN services can attempt to make money on the side by selling the user data despite charging for their service, If a user signs up for a VPN, they are trusting the VPN service instead of the ISP to take care of their data and ensure that their online activity is kept private.

When you use the wrong VPN, You put your privacy and anonymity in danger, when the VPN service does not have a good reputation on various forums and review sites then it is not good for privacy or online security. The VPN that keeps logs on its users is also bad for privacy, especially for users who download torrents, Then there is a problem of free VPNs, researchers have caught some logging and selling of user information.

Virtual private networks can protect the user data and online identity, but no service in the world can guarantee anonymity each and every time the user connects to a server, Corporations, web services, streaming services, websites, and apps have other ways of tracking users, When they know the user’s browsing behavior they can use techniques such as fingerprinting and look at the activity of the user’s neighbors to learn more about the user, VPNs can’t solve these problems.

When the user has signed up for services offered by companies such as Facebook and Google then VPNs can’t block their methods of collecting information and monitoring user behavior on their platforms. Apart from fingerprinting, websites and apps use cookies along with other trackers to gather information about users, VPNs can’t do anything about the information that these services have gathered on users via cookies and other trackers.