What is Stellar Lumens (XLM)? & How does Stellar’s consensus protocol work?

Stellar Lumens (XLM) is an open-source, decentralized payment protocol that allows for fast, cross-border transactions between any pair of currencies, Like other cryptocurrencies, it operates using blockchain technology, Its native asset, a digital currency, is called lumen (XLM), XLM powers the Stellar network and all of its operations, similarly to how ether (ETH) powers the Ethereum network.

Stellar Lumens (XLM) is an open-source protocol, It is used for exchanging money or tokens using the Stellar Consensus Protocol, The platform’s source code is hosted on GitHub, Servers can run a software implementation of the protocol, the server uses the Internet to connect to & communicate with other Stellar servers, Each server can store a ledger of all the accounts in the network, Transactions occur through a consensus process among accounts in quorum slice & not through mining.

Stellar is useful & valuable because it is a global exchange network, It can host thousands of exchanges between currencies & tokens per second, Exchanging between cryptocurrencies and/or fiat currencies can be a lengthy & expensive process, Stellar allows exchanging swift & cheap, XLM, the asset that will be supported within the Blockchain Wallet, is used to pay transaction fees & maintain accounts on the Stellar network.

Stellar Lumens (XLM) can support all the currencies that the world cares about, not just crypto, It can handle any asset, It is currency agnostic, Stellar is used for digital currency to fiat money transfers that allow cross-border transactions between any pair of currencies. 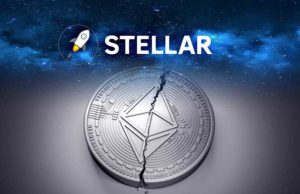 Stellar Lumens is a blockchain, but it works more like cash, It is much faster & cheaper than bitcoin, it uses far less electricity, It is a multi-currency payment backend that tens of thousands of people use every day, It is decentralized, open-source & developer-friendly, so anyone can issue assets, settle payments & trade.

How does Stellar’s blockchain work?

Stellar Lumens (XLM) is a system for tracking ownership, It uses an accounting ledger, shared across a network of independent computers, to store two things for every account holder, what they own (their account balances) & what they want to do with what they own (operations on those balances, like buy or sell offers), The Stellar ledger is more robust than other blockchains’, Bitcoin can store only balances, Adding operations to the ledger means that when users’ offers overlap (say, a buy & a sell) the trade can execute automatically.

The computers that run Stellar & publish the ledger are called nodes, They systematically validate the ledger’s contents so it is always consistent across the network, when you send someone a dollar on a Stellar-built app, the nodes check that the correct balances were debited & credited, and each node makes sure every other node sees & agrees to the transaction.

The nodes agree using a unique algorithm, called the Stellar Consensus Protocol, There are many ways to get agreement across a distributed network, Bitcoin‘s mining method was the first and it is still the most famous, but, like many first drafts, it has several flaws, SCP strives to correct them, It’s configurable, fast, and highly energy-efficient, Stellar has handled over 450 million operations by over 3 million individual accounts.

Almost every international wire is handled by the correspondent banking system, Very few banks can interact directly, so your money should pass from bank to bank like a rumor until it finds a way to its final destination, In many places, the stepwise transfers still take place by hand, In all cases, it’s slow & expensive.

Stellar Lumens is a global, rather than a national, payment system, So, users can transcend their local economy & interact directly with the world market, On Stellar, The person’s limits aren’t defined by borders—anyone on earth can own, hold & send dollars, or euros, or yen, for example.

Stellar Lumens is a network of peers, It allows any user talk (transact) with any other user, So, banks can work directly with one another, rather than “corresponding” through middlemen, Stellar Lumens is ownerless & belongs to everyone, No one organization controls the network, so no one can shut it off, monopolize its functionality, or hoard its data.

Stellar has the documentation, tooling, and community support to help you get your project up quickly, Get access to SDKs, walkthroughs, and connect with developer community, It is cheap, The transactions are nearly free, Low fees mean more benefit for Stellar’s users, And Stellar’s low cost opens up use cases, like micropayments, that isn’t feasible with other systems, Apps built on Stellar allows users to access to a borderless, frictionless marketplace.

You can send money globally, Stellar users can send money across borders faster & for lower costs, Transactions take about 5 seconds and cost only a fraction of a penny, You can convert any asset, Stellar makes assets liquid & flexible, You can swap between any pair of tokens issued on the network using simple functions built into the protocol.

How does Stellar’s consensus method work?

Transactions that take place on the Stellar network are added to a shared, distributed, public ledger, a database accessible by anyone worldwide, Stellar uses its own unique consensus method to reach consensus on transactions very quickly & accurately.

Stellar’s consensus method helps for fast & cheap transactions, with everyone on the network reaching agreement about transaction validity within a few seconds, Every participant can add Stellar transactions to the global ledger, As long as these mini-networks (called quorum slices) overlap, the overall Stellar network can reach the agreement about which transactions are valid & can be added to the ledger very quickly.