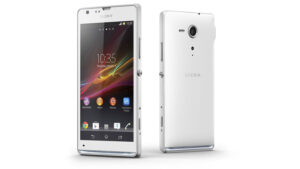 Sony Xperia SP supports a primary camera of 8 MP, Its resolution is 3264 x 2448 pixels, autofocus, LED flash, It comes with many features such as touch focus, face/smile detection, geo-tagging, HDR & sweep panorama, It supports a video of [email protected], and it supports a secondary camera of VGA.

Sony Xperia SP supports an internal memory of 8 GB (5.8 GB user available), It supports 1 GB RAM, It has expandable memory via card slot, microSD, up to 32 GB, It has sound alert types such as Vibration, MP3, WAV ringtones, and it comes with a loudspeaker.

Sony Xperia SP has misc colors such as black, white, red, It has a great design, The text readability and the video are brilliant on the screen, It has a great performance, It has decent processing speed and fluid UI, and the battery lasts long.

Sony Xperia SP has an attractive stylish design with good build quality, It has good battery life for an Android touch screen smartphone standards, There are a lot of connectivity options, It has a dedicated camera button that can launch the camera app from standby.

Sony Xperia SP does not support Java, The camera does not work great in low light, It has a non-user-replaceable battery, There are other Quad-Core Phones available at the same price, The viewing angles aren’t wide, It has average battery life, It has TFT Capacitive touch screen, not AMOLE.

Sony Xperia SP has only VGA front-facing camera, It has disappointing camera performance in low light, It is a bit heavier compared to competitors, The screen has mediocre viewing angles, It is not particularly slim and quite heavy, It has large enough size that is 130.6×67.1×10 mm, So, it takes quite a lot of space in the pockets clothes.