Sony Xperia T3 supports IPS LCD capacitive touchscreen, 16M colors, Its size is 5.3 inches (~66.7% screen-to-body ratio), Its resolution is 720 x 1280 pixels (~277 ppi pixel density), It includes a multitouch feature, up to 4 fingers, It offers a Triluminos display, and it provides you with Mobile BRAVIA engine 2.

Sony Xperia T3 supports a primary camera of 8 MP, It offers a resolution of 3264 x 2448 pixels, It includes autofocus, LED flash, It supports many useful features such as HDR, panorama, touch focus, face/smile detection, Geo-tagging, It includes a video of [email protected], HDR, it supports a secondary camera of 1.1 MP, [email protected], It can produce good pictures even in low lighting. 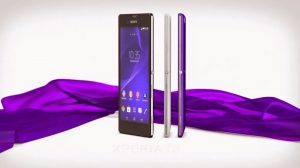 Sony Xperia T3 supports NFC to share or create a special connection with other NFC devices, it offers Stereo FM radio with RDS, It offers GPS, with A-GPS, GLONASS, It provides you with Browser HTML5, Active noise cancellation with dedicated mic is found, and it includes ANT+.

Sony Xperia T3 supports micro USB v2.0, USB Host so that smartphones can read data from flash via an extra USB cable, It includes sensors such as a compass, proximity, accelerometer, gyro, It includes messaging such as SMS, MMS, Email, IM, and Push Email.

Sony Xperia T3 has misc colors such as black, white, purple, It has a large screen size that is 5.3 inches wide, so, you can freely navigate the menus in the menu on the mobile phone screen, It has a high screen resolution that is enough for a 5.3-inch screen with the landscape.

The front camera can record HD video at 720p @ 30fps, Sony Xperia T3 has Wi-Fi, hotspot, and Wi-Fi direct that can share the internet connection with other devices that have Wi-Fi, and also DLNA to stream multimedia files from other devices.

Sony Xperia T3 has a very wide screen that gives the ease of navigating but it is difficult to insert it in the pockets of clothing, It provides internal storage of 8 GB which can not be used all as some of it has been used for storing operating system files and applications built.

The battery can’t be easily removed by the user, except that you can go to the service center, Sony Xperia T3 has no video support HDMI output, The screen has not a protective layer, and it does not support Java.