The automatic train operation (ATO) is the operational safety enhancement device used to help automate the operations of trains, It is used on automated guide-way transits and rapid transit systems that are easier to ensure safety of humans, Most systems elect to maintain the driver (train operator) to mitigate the risks associated with the failures or the emergencies.

ATO and ATC/ATP systems will work together to maintain the train within the defined tolerance of its timetable, Combined system will adjust the operating parameters such as the ratio of power to coast when moving and station dwell time to bring the train back to the timetable slot defined for it.

ATC systems tend to integrate various cab signalling technologies and they use more deceleration patterns in the lieu of the rigid stops encountered with the older automatic train stop technology, ATC can be used with the automatic train operation (ATO) and it is considered to be the safety-critical part of the system. 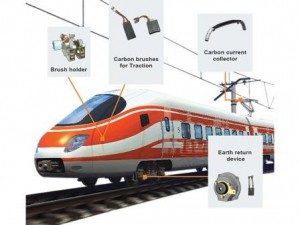 The automatic train control increases the safety, The train speed and separation between the trains are controlled automatically rather than being human controlled, the real time central train control with precise train location data.

Driverless trains run by the computer systems located in the remote control room, the laser detectors to pick up the smallest movement on the tracks and the advanced control algorithms for best performance.

The duty of any metro transportation system is to provide the secure, consistent, efficient and high-quality service to the passengers, As many operators run at or near their capacity limits, The automation is the only way to maximize the operational performance of the metro system, Implemented on existing lines.

The big benefit of having the driverless system is the safety, the element of the human error is taken out completely, All the movements and the track switches are run from one single control room which applies one of the most sophisticated railway security systems.

The automatic train protection (ATP) refers to either of two implementations of the train protection system installed in some trains in order to help prevent the collisions through the driver’s failure to observe the signal or speed restriction.

ATP can refer to the automatic train protection systems in general, This system uses the target speed indication and audible warnings to warn the train driver if they are likely to exceed the speed profile that will cause the train to pass the red (danger) signal or exceed the speed restriction.

If the driver fails to respond to the warnings, The system will apply the brakes, It takes into account the speed and the position of the train relative to the end of its movement authority in issuing the warnings and applying the brakes.