Robots are developed to minimize human effort and they increase the quality of work, They are used in many fields such as the radioactive environment, They are present in nuclear power plants, The radiations are very harmful to human beings, even leading to deaths.

The robot is a programmable multi-functional manipulator designed to move the materials, the parts & the tools through the variable programmed motion of the performance of many tasks, The robots may not injure the human and they must obey the orders given to them by the human beings.

Advantages of robots in a radioactive environment

There are many hazardous environments such as nuclear reactors, outside earth’s atmosphere, and even behind the enemy lines in war, The robots are used to prevent human exposure to radiation in nuclear power plants.

The robots are developed to be used in areas inaccessible to human beings, Even though these robots are highly expensive, They reduce the strain on humans and they are also cheaper than the skilled workers in the long run and the radioactive environment causes high energy radiations. 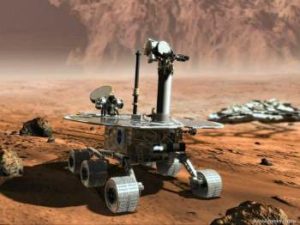 The radiation are emitted by the radioactive materials, There is a limitation of the time and dose for which the professional worker can be exposed to the nuclear radiations according to the international regulations, so, It is very useful to use robots in such an environment.

With improving technology and growing perception of the need to keep human workers away from high radiation areas, more competitive robotic systems are increasingly becoming available, The robots are used to isolate the nuclear power plants from their surroundings in case of a nuclear power plant disaster.

Robots help humans in many different ways, mostly being able to do tasks that could be harmful to the average human being, So, in society, Robots perform important tasks that human beings can not perform because the tasks are dangerous or harmful to their health.

Human safety is of prime concern in radioactive environments, The humans are prone to detrimental health effects like  cancer, cancer is considered the primary health effect caused mainly due to radiation.

The radiation can lead to the changes in DNA, They are called as the mutations, Sometimes the body fails to repair these mutations or even creates the mutations during repair, The genetic mutations are often passed on to the offspring, These are some of the health problems that are being faced by the humans in the radioactive environments.

There are different types of robots that are used in nuclear power plants that reduce human exposure to harmful and dangerous radiations such as alpha, beta, and gamma, In a critical place such as nuclear power plant, manual work is difficult.

The radioactive environment is full of high energy emissions such as α, β, and γ radiations, These radiations are emitted by the radioactive materials, The professional workers working in such environments face serious health hazards, The regular repair and maintenance activities at the nuclear power plants cause some risks of contamination and irradiation.

The legal regulations establish that when the worker reaches the specific dose limit, the worker can not work in the areas subject to the radiation for a given period of time, this increase the maintenance cost services because the workers only operate for short periods of time.