What are the importance of atomic clocks and How do they work?

The development of the atomic clocks has led to many scientific and technological advances such as the worldwide system of precise position measurement (the Global Positioning System), and the applications on the Internet which depend critically on the frequency and the time standards.

The atomic clocks are installed at sites of time signal radio transmitters, They are used at some longwave and mediumwave broadcasting stations to deliver a very precise carrier frequency, The atomic clocks are used in many scientific disciplines such as for long baseline interferometry in radioastronomy.

The atomic clock is a clock device that uses an electronic transition frequency in the microwave, optical, or ultraviolet region of the electromagnetic spectrum of atoms as a frequency standard for its timekeeping element. 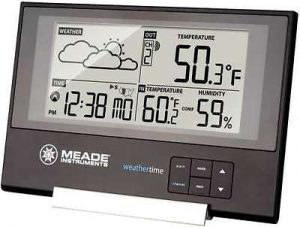 The principle of operation of the atomic clock is not based on the nuclear physics but rather on the atomic physics, It uses the microwave signal that the electrons in the atoms emit when they change the energy levels.

The early atomic clocks were based on the masers at room temperature, The most accurate atomic clocks first cool the atoms to near absolute zero temperature by slowing them with lasers and probing them in the atomic fountains in a microwave filled cavity.

The accuracy of an atomic clock depends on two factors, The first factor is the temperature of the sample atoms, The colder atoms move much more slowly, allowing longer probe times, The second factor is the frequency and intrinsic width of the electronic transition, higher frequencies, and narrow lines increase the precision.

The atomic clock is a clock that uses the resonance frequencies of atoms as its resonator, The resonator is regulated by the frequency of the microwave electromagnetic radiation emitted or absorbed by the quantum transition (the energy change) of an atom or molecule.

The atomic clock is not radioactive as the name may connote, They do not keep time according to the atomic decay but rather by the oscillation of the nucleus of an atom and its surrounding electrons, The mass of the nucleus and the gravity and electrostatic spring between the positively charged nucleus and the electrons set the oscillation frequencies.

This oscillation is not directly analogous to the timekeeping of normal clocks but both types of clocks use the oscillations to keep track of time, The atomic clocks are more reliable timekeepers because their oscillations are not subject to change according to the environmental factors such as the humidity that would decrease the accuracy of normal clocks.

The atomic clocks are used in the mobile telephone, the landline telephones, the internet, the aviation programs, and the digital television But the real benefits of using the optical atomic clocks come in when one looks at the implications of increased precision in the scientific measurements.

The banks need very accurate clocks to guarantee the time and date stamps of high-frequency transactions with microsecond accuracy, These systems generally use clocks based on special GPS receivers designed to determine the time and the date of the transactions and the order in which they were performed.

The liquid cesium is put into an oven and heated until it changes into a gas, These cesium atoms escape through a small hole in the oven at very high speeds, After passing through the hole these fast-moving atoms electromagnets force the atoms to split into separate beams according to their energy.

The beam of the appropriate energy is sent through a U shaped hole and the atoms are exposed to the radiant energy by specific wavelengths of the microwaves, The wavelengths used in this procedure are in a very small range that includes 9,192,631,770 Hz .

The detector at the end of the tube gives output according to the number of cesium atoms striking it and peaks when the frequency is absolutely correct, This peak is then used to make slight corrections to the crystal oscillator that controls clocking mechanism, locking in the frequency, This locked frequency is then divided by 9,192,631,770 which results in the familiar one pulse per second.