Microbiology is the science (logos/ ology) of small (micro) life (bios/bio), or to put it another way, the study of living things so small that they cannot be seen with the naked eye. Its creation was made possible by the invention of the microscope, which allowed the visualization of structures too small to see with the naked eye.

Microorganisms are a heterogeneous group of several distinct living structures of microscopic size, classified as:

They form a large group of unicellular prokaryotic microorganisms, varying in size from 0.1= 10 μ long. They have a simple cell structure, and contain both DNA and RNA. Most medically important bacteria will grow on artificial culture media in the lab. and reproduce by binary fission. 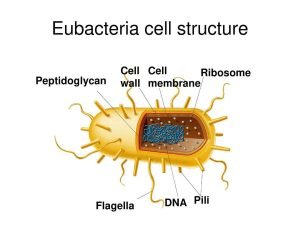 Medically important bacteria can be subdivided into groups according to their morphology. staining reactions and other features, including the ability to grow in the presence (aerobic) or absence of oxygen (aerobic or anaerobic respectively), and spore formation. The basic shapes of bacteria include cocci, bacilli, coma-shaped vibrios, spiral and pleomorphic forms. Each form is further subdivided by their staining reactions, mainly the Gram and acid-fast stains (refer to the practical part).

Bacteria are divided according to Gram stain into Gram-positive & Gram-negative. Each bacterial cell consists of a body of protoplasm enclosed by a cell envelope. The protoplasm is differentiated into a major part, the cytoplasm and a minor part, the nuclear body (nucleoid). The cytoplasm is packed with large numbers of ribosomes. In addition to these structures, other intracellular (inclusion granules, plasmids) and extracellular structures (capsule, pili, and flagella) may be present in some species.

The cell envelope consists of the cell wall and an underlying cytoplasmic membrane.

One of the structures unique to bacteria and upon which classification is based is the Peptidoglycan. It is a rigid layer, which surrounds the cytoplasmic membrane of all bacteria (except mycoplasma which have no cell wall at all). Although both Gram-positive and Gram-negative bacteria contain peptidoglycan in their cell wall, the two types of cell walls are different.

It is a thin, elastic, semipermeable membrane consisting of a phospholipid bilayer.

Functions of the Cytoplasmic Membrane

B. Cytoplasm and its components

Ribonucleoprotein granules, visible by electron microscope and are sites of protein synthesis, they are composed of two subunits, 50 S and 30 S. Ribosomes are the sites of action of certain antibiotics.

It consists of a single long double helix of DNA in the form of a closed circular thread about 1 mm long, devoid of the nuclear membrane and of the nucleolus.

A capsule is a mucogelatinous layer surrounding the cell wall. It is not a constant structure and its presence is not linked with the viability of bacteria. The capsular substance is usually antigenic and is made of polysaccharides, though in some species, it is a protein in nature. In pathogenic bacteria, the capsule plays an important part in:

Long filamentous, wavy appendages, existing only in certain bacterial species, can be seen by electron microscope. The flagella are either displayed around the entire cell (peritrichous arrangement) or may be found at one or both poles (polar arrangement), Flagella are organs of locomotion that carry flagellar or H antigens made of a protein (flagellin).

Pili are hair-like projections, found mainly in Gram-negative bacteria, They differ from flagella in being shorter, straight, and thinner. They are of two types: