What is meant by radioactivity?

All elements consist of atoms. The atom consists of a nucleus surrounded by electrons revolving around it in certain energy levels: The mass of the atom is concentrated in the nucleus which contains protons and neutrons.

The composition of the atom is responsible for the physical and chemical properties of the element, where chemical reactions between atoms occur through their outermost electrons, while nuclear reactions occur due to the change in the number of protons and neutrons inside the nucleus.

The nuclear energy is stored in the atom’s nucleus. 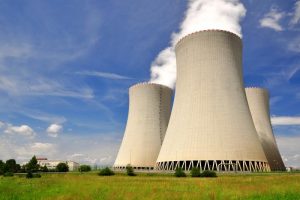 The origin of the nuclear energy

The nuclei of the atoms of the stable element are coherent although the presence of repulsion force inside them due to the presence of nuclear-bunding forces that are originated inside the nucleus, and acting on:

Nuclear binding forces are the forces that are necessary to bind the nucleus components together and overcome the repulsion forces that are present between the positively charged protons and each others.

The discovery of the radioactivity phenomenon:

Radioactivity was discovered by a French scientist, Henri Becquerel in 1896, He discovered the emission of unseen rays from the uranium element, these rays have the ability to penetrate solid objects. After that, he named these elements (as uranium) by Radictive elements and this phenomenon by “Radioactivity phenomenon.

What is meant by Radioactivity?

Examples of some radioactive elements

Radioactivity phenomenon is the spontaneous decay of the atoms nuclei of some radioactive elements that are present in nature, in an attempt to achieve a more stable composition.

When the number of neutrons in the atom of the nucleus of an element increases more than the number required for its stability, Its energy will increase, so the atom‘s nucleus emit invisible radiation to achieve a more stable composition.

Uranium element is considered as a radioactive element because its atom‘s nucleus contains a number of neutrons more than the number required for its stability, which leads to the presence of excess energy that releases in the form of invisible radiation.

The nuclei of radioactive elements are unstable due to their excess energy as a result of their atoms’ nuclei containing neutrons more than required for their stabilization.

The peaceful uses of nuclear energy

Scientists were interested in controlling the amount of energy released from nuclear reactions, therefore it can be used in peaceful uses in many fields, as shown in the following diagram:

The fields of using the nuclear energy

Dr. Aly Mostafa Meshrafa is an Egyptian scientist, who was described by Einstein (one of the greatest physicists in the world). Dr. Aly Mostafa Moshrafa has great theories in the fields of atom and radiation.

Basics of manufacturing the atomic bomb were based on his theories. He gave his objection to the development of atomic bombs, and called for the necessity of exploiting the atom and radiation for the benefit of humanity.