Windows 98 is DOS friendly, It has the ability to run certain legacy programs that can’t be replaced and don’t run properly on newer systems, Windows 98 is less reliable than newer alternatives and it has numerous security vulnerabilities, Windows98 provides a group of tools that adapts to the new interface.

Windows98 has integrated the Internet standard comprehensively, It allows the users to find the browse and the information on the computer or on the internet more simple and faster, It has faster speed and greater stability, With the brand new self-maintenance and updating function, The users can have more spare time to concentrate on work or the games instead of the system management.

Windows 98 is a great improvement compared to Windows95, It is convenient to install, when installing Windows98, The system will lead you to complete the installation, and examine all the common hardware such as a modem, CD-ROM driver, audio card, and printer, etc. 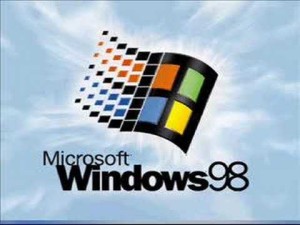 Windows 98 is more coordinating with the present soft and hardware,  Windows98 provides internal support for more than 1900 present hardware devices, and it has passed the test of compatibility with more than 3500 popular softwares.

The internal support includes the 32-bit device driver program,  That means the hardware being supported will run faster and more effectively under Windows98 environment, When you are using the “plug and play” device on the computer Windows98 will set it automatically.

If you put a CD that supports automatically playing, Windows98 will play the CD automatically instead of a tedious operation procedure to choose play tool, Microsoft Windows98 operating system provides built-in support for external devices, making the use of these widely used devices easier.

From Windows98, the multi-process operating systems have completely different improvements with the preemptive multitasks of Windows95, The user can choose to averagely distribute system resources for multitasking or put a program that needs a lot of time to the backstage, Thus increase the practical applicability of multitasking.

Windows98 provides an HTML online help system, Windows98 included all the parts of making the desktop a dial-up server, Windows98 supports built-in Advanced Configuration and Power Interface port, That allows you to turn on or off your PC as TV.

Windows98 supports direct script from UI or command line (one script is only a command line that can be carried out automatically), Windows98 provides two new tools which are Accessibility Configuration Wizard and a screen magnifying glass.

When the operating system is turned off improperly or heavy mistake of hardware, Windows98 can run the Scan Disk automatically, Windows Maintenance Wizard is designed to enhance the self-maintainability of PC.

Windows 98 does not support and can not be installed on the new device, The support has been withdrawn by the manufacturer (Microsoft), It is hard to find drivers because hardware manufacturers withdraw support for Windows 98.

Windows 98 can not detect large memory (1GB is still stable, forced 2GB-yield blue screen), The utility is very limited especially the network tool, It is easy to the viruses, and it is easy to hack.

Windows 98 is too risky to conduct banking transactions from the browser Windows 98 because of its minimal network, The display is too simple, and it does not support the latest applications.

Windows 98 is soon to be discontinued from Microsoft Support, For modern usage, Windows 98 has only one real practical,  Windows 98 has had no bug fixes or security updates since 2006, and Most hardware manufacturers no longer supply drivers for Windows 98.

Most software developers no longer work to ensure compatibility of their programs with Windows 98, Windows 98 has limited memory protection and no resource tracking, making it prone to the crashes.