Ozone therapy is a non-invasive treatment used to treat numerous diseases, Ozone is an enhanced version of oxygen that is introduced into the body, it helps to increase autoimmune efficiency & fight off diseases, Ozone is used in medical and naturopathic medicine to treat a variety of health conditions, With all its amazing cleaning and detoxifying properties, Ozone can be medically administered as an antibacterial, germicidal, and anti-fungicidal agent.

Ozone gas is an unstable, colorless gas present in the atmosphere, It is an inorganic chemical compound, It is made up of 3 oxygen molecules bonded together, Ozone is most well-known for its presence in the stratosphere, acting as a barrier against highly damaging UV rays from the sun (blocking anywhere from 93%-99% UV radiation), allowing advanced life to exist, While ozone is most common at high altitude in the stratosphere, it is found in low concentrations in the entire atmosphere.

Ozone therapy is a form of the alternative medicine that aims to increase the amount of oxygen in the body through the introduction of ozone, Therapeutic ozone, when it is pure, and when it has not been mixed with the atmosphere’s smog has therapeutic effects on the human body at low concentrations, It can boost antioxidant systems, treat the wounds, relieve pain, and it can act as an antibacterial among other benefits.

Ozone therapy consists of the introduction of ozone into the body via many methods, usually involving its mixture with various gases and liquids before injection, with potential routes including the vagina, rectum, intramuscular (in a muscle), subcutaneously (under the skin), or intravenously (directly into veins), Ozone can be introduced via autohemotherapy, in which blood is drawn from the patient, exposed to ozone and re-injected into the patient.

Ozone is a nature’s way of detoxifying and purifying the environment, Negatively charged ozone is naturally attracted to positively charged pollutants, ozone is faster & more effective than chlorine at killing molds, bacteria, cysts and inactivating virus, yeasts & protozoa while it provides purity and safety not achievable with traditional water treatment chemicals. 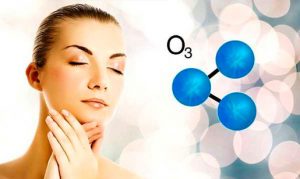 Ozone therapy can’t cause the spread of cancer cells like biopsies and radiation therapy can, It is cost-effective compared to other therapies, Cancerous cells can’t build up a tolerance to ozone, Ozone can stimulate the immune system & the healing of damaged tissues.

Ozone Therapy does not involve drug use or surgery and it is simply injected into the body by various means, Ozone Therapy can help fight against fungi, viruses, cancer, bacteria, and eye or skin problems, It helps to reduce potential blood clots and improve circulation, Patients of Ozone Therapy often find that they have more energy and need less sleep.

Ozone Therapy inactivates viruses, fungi, protozoa, and carcinomas in diseased cells by destroying their outer membrane, It reactivates the antioxidant system and moderates immune system, It improves circulation and it decreases inflammation.

Ozone treatment accelerates the healing process of the ulcer compared to antibiotics, and overall improves wound appearance, Tumor hypoxia is an adverse factor for chemotherapy and radiotherapy, ozone is effective in treating acute distal colitis (ADC), Ozone treats lower back pain that may result from herniated disks.

At ground level, ozone gas is produced from the burning of fossil fuels reacting with sunlight, ozone is composed of part smog and is harmful to human health, When inhaled by mammals, ozone reacts with compounds in tissues lining the lungs and triggers a cascade of pathological effects including pulmonary edema.

Ozone has the capacity to oxidize organic compounds in an atmospheric environment, it should logically oxidize blood components and endogenous human tissues, High levels of inhaled ozone are known to be toxic, The patients might experience symptoms such as burning eyes, headache, nausea, and coughing due to accidental inhalation, It might cause discomfort, so taking breaks between treatments is helpful.

Ozone therapy has been proposed for use in various diseases, including cancer, AIDS, multiple sclerosis, arthritis, heart disease, Alzheimer’s dementia, and Lyme disease, though supportive evidence for these applications is limited, with no verifiable benefits, and it is considered dangerous to health.

When inhaled, ozone is a toxic gas which has no demonstrated safe medical application, though their position statements primarily deal with its potential for causing inflammation and pulmonary edema in the lungs, it must be present at concentrations far greater than can be safely tolerated by humans or other animals.

Ozone Therapy causes many side effects such as shortness of breath and other respiratory problems, enzyme inactivation, swelling of blood vessels, poor circulation, heart problems, increased risk of stroke, Ozone damages the eardrum via insufflation of the ear, It bowels rupture because of insufflation of the rectum, It causes pulmonary embolism and death when given intravenously.

Ozone can cause ear discomfort if ear insufflations are used too often (usually subsides within a day or a few days), It can create a “die-off” effect, It can cause lung discomfort if ozone is breathed indirectly, Large amounts of ozone breathed in directly can be harmful to the lungs over time.

The characteristics and the importance of the stratosphere layer