The importance and uses of oxygen gas in our life

Oxygen is a chemically active element, It is the first element of group 16 of the periodic table, It is important for the human and all living organisms as it is used in respiration and combustion of food inside the living cells to produce the energy that necessary for all vital process.

Oxygen gas forms the compounds with nearly all the elements except the inert gases, It is compressed in iron cylinders to be used in mechanical ventilation for the patients who suffer from breathing difficulties and it is used during surgeries.

Oxygen gas is used by the mountaineers at high latitudes during climbing as oxygen gas is heavier than the air, so its percentage decreases when we rise above the Earth’s surface.

Oxygen gas is used by underwater divers during diving, and the astronauts use it during walking in the space, Oxygen masks are used to ease various medical disorders, like hypoxemia, asthma, the heart, and the vascular diseases. 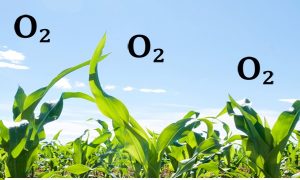 Oxygen gas is used in the formation of the water that is composed of oxygen combines with hydrogen, It is used to kill bacteria causing gangrene (as it is poisonous for them) and it is used to treat carbon monoxide poisoning as well.

Oxygen gas combines with acetylene gas to produce an oxy-acetylene flame which is used for cutting, welding, and melting of metals as its temperature rises to 3500 degree Celsius.

Oxygen gas is used in the production of iron and steel in the blast furnaces using hot oxygen air,  It also burns off carbon impurities, Even in mines, it is employed as a part of explosives for blasting rocks.

Oxygen gas forms the ozone layer in the atmosphere that protects the Earth from harmful radiations that come from the Sun, Ozone molecule is composed of three oxygen atoms (O3).

Oxygen gas is used in the manufacture of nitric acid, sulfuric acid, other compounds, and acids, Ozone is used in different chemical reactions to improve the rate of reaction and ensure the fullest possible oxidation of the compounds.

Oxygen gas is used in for the combustion to produce the energy in the automobiles, the airplanes, the ships, the generators, the industrial process, Liquid oxygen gas is used in burning of fuel in the spacecraft for generating the required thrust in space where there is neither air nor oxygen.

Oxygen gas is used for environmental protection in the domestic and industrial wastewater treatment plants and facilities, and also it is used in the conversion of iron ore into steel.

The properties, source and cycle of oxygen gas