AI has become a critical part of modern warfare, It improves the self-control, self-regulation, and self-actuation of combat systems due to its inherent computing and decision-making capabilities, Highly advanced AI systems can include improving the capabilities of smart combat systems, handling enormous amounts of field data more efficiently and replacing real humans.

AI is used in the Military, Defense forces across the globe are increasingly deploying AI into weapons and other defense systems that are used on airborne, land, naval, and space platforms, Military artificial Intelligence enables the development of efficient warfare systems that are less reliant on human input, It increases the enhanced performance of warfare systems while requiring less maintenance, AI can empower autonomous and high-speed weapons to carry out collaborative attacks.

Machine learning can identify and analyze unknown files and detect cyber threats such as malware, Remote devices such as laptops, and other wireless & mobile devices, and IoT sensors are highly vulnerable to cyber attacks, AI can automatically monitor weapons systems, mobile devices, and aircraft, AI can allow for more efficient, data-backed logistics and maintenance of military equipment.

Artificial Intelligence can be used in every military application, and AI-enabled web security systems can be integrated with defense software, Increased research and development funding from military research agencies to develop new and advanced applications of artificial intelligence is projected to drive the increased adoption of AI-driven systems in the military sector. 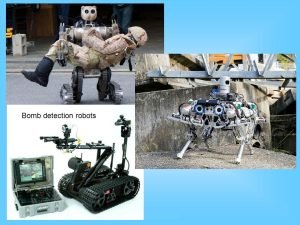 Military systems can be vulnerable to cyber attacks, a major national threat that can lead to the loss of classified military information and damage to military systems, AI-enabled web security systems can autonomously protect networks, computers, programs, and data from any kind of unauthorized access, a grave concern in the military establishments, AI-enabled systems can record the pattern of cyber attacks and develop counter-attack tools to tackle them.

There are many AI applications for the military, Artificial intelligence is used to collect huge amounts of visual surveillance data, such as laptop feeds, phone cameras, video surveillance, planted cameras, UAVs & satellite footage, A military may see an increase in surveillance quality due to the removal of human operator factors.

Machine learning & computer vision software can be used for surveillance operations, Machine vision software has the potential to sort through large sums of data for insights faster than trained human analysts.

Computer vision software can categorize & identify the surveillance footage taken by low-altitude combat surveillance equipment like UAVs, AI can determine the contents of the footage and identify any anomalies or relevant objects it has been trained to flag, The system then alerts the human operator and highlights the flagged objects within the video display, computer vision software can identify oil tanks and measure their capacity to calculate overall supply.

Satellite imaging can determine normal patterns of activity for a location, and detect anomalies when those patterns differ, it allows operators to track target movement over large areas, Orbital Insights links together a large amount of satellite imaging data from various networks to assemble high-definition images of any location on the globe, taking the most useful pieces of each while removing clouds, smog, weather effects, or haze from the images.

Autonomous weapons allow the ever-vigilant “eyes” of computer vision to be trained to prevent surprise rocket attacks by targeting and shooting down enemy rockets in the air before they can detonate in a populated area, Autonomous weapons are susceptible to human distraction, Valuable seconds to respond may be lost if a human operator is distracted or dozes off while posted.

Autonomous weapons systems increase force & efficacy, they can reduce casualties by removing human warfighters from dangerous missions, fewer warfighters are needed for a given mission, They allow combat to reach areas that were previously inaccessible.

Military robots are better suited than humans for dull, dirty, or dangerous missions, a dull mission is one that exposes humans to potentially harmful radiological material, a dangerous mission is explosive ordnance disposal,  lethal autonomous robots can operate at a tempo faster than humans even when communications links have been severed.

Autonomous vehicles increase productivity and human operator safety, They can patrol a secure area and investigate any signs of intruders by focusing their cameras on places of possible disturbance and alerting human security forces of intrusion would result in a significant reduction in human patrolmen.

Military artificial intelligence can enhance the accuracy of target recognition in complex combat environments, AI allows defense forces to gain an in-depth understanding of potential operation areas by analyzing reports, documents, news feeds, and other forms of unstructured information, AI in target recognition systems improves the ability of these systems to identify the position of their targets.

Human-on-the-loop weapons are robots that can select targets and deliver force under the oversight of a human operator who can override the robots’ actions, The robot uses a low-light camera and pattern-recognition software to detect intruders and then issues a verbal warning, If the intruder does not surrender, the robot has a machine gun that can be fired remotely by a soldier the robot has alerted, or by the robot itself if it is in fully automatic mode.

AI can be used in training systems, it can offer unpredictable and adaptive adversaries for training fighter pilots, fighter pilots are very prone to fatigue and exhaustion, but robot pilots, would not be subject to these physiological and mental constraints, Simulation & Training is a multidisciplinary field, It pairs system engineering, software engineering, and computer science to construct computerized models that acquaint soldiers with many combat systems deployed during military operations.

ISR means Intelligence, Surveillance, and Reconnaissance, Threat monitoring & situational awareness depends on (ISR) operations, ISR operations can acquire and process information to support a range of military activities, Unmanned systems used to carry out ISR missions can either be remotely operated or sent on a pre-defined route, Equipping these systems with AI assists defense personnel in threat monitoring, thereby enhancing their situational awareness.

Unmanned aerial vehicles (UAVs) are also known as drones, They are integrated with AI, and they can patrol border areas, identify potential threats, and transmit information about these threats to response teams, Using UAVs can strengthen the security of military bases, as well as increase the safety and efficacy of military personnel in battle or at remote locations.

Militaries & defense organizations can use AI for targeting systems, electronic targeting systems become less susceptible to countermeasures, AI can detect and characterize new communication threats, learn how to jam it, and assess jamming effectiveness in the field, A cyberweapon can disable wireless communications on the battlefield,  it can also provide a means of Improvised Explosive Device (IED) neutralization.

Small commercial drones can be used as remote-control bombs, allowing terrorists to attach small explosives on a drone and fly it over a military base, The drones are wirelessly detonated either via a cellphone or the drone remote itself, AI systems could disable the wireless communication signal of the remote or cell phone attempting to detonate an IED, resulting in the neutralization of the drone and the explosive, preventing the terrorist attack.

Artificial intelligence can identify trends and patterns within a data set called predictive analytics, it’s currently being applied to matters of homeland security, Predictive analytics software can give a prediction of possible suspects of a crime based on various environmental factors and past criminal record data.

Predictive analytics software can pool message data, identity data, charts, spreadsheets, telephone records, documents within the database such as filed police reports, network data, sensor data, and full motion video to discern unseen patterns and aid in criminal investigation, AI help to find patterns correlative to unlawful action that data analysts may struggle to investigate and identify on their own.

AI solutions for cybersecurity have a high degree of demand, This seems understandable for cybersecurity due to the high level of risk associated with data breaches in military and defense networks, AI software tools that can identify and predict cyber threats in large enterprise networks, Hackers of the world can as easily target private entities for their secrets as they can target militaries.

Cybersecurity threats come in numerous shapes and sizes, Artificial intelligence can play a vital role in preventative measures for a military, AI can identify many digital situations, such as an email or a new flash drive, likely to be a trap or tool for implanting malware, and neutralize the cyber threat lying in wait for a military operator before the malware can active, It can identify anomalies in the network characteristics due to security intrusions.

AI systems can be used to prompt human security analysts through a dashboard to ensure that all new security threats are identified at the earliest, AI monitors the normal levels of download data that occur by each department per day, The software could indicate a potential threat to a security professional when a specific department exceeds its normal daily download prediction.

Artificial Intelligence is useful for quickly & efficiently processing data to obtain valuable information, It can assist in culling and aggregating information from different datasets, as well as acquiring and summing supersets of information from many sources, This advanced analysis helps military personnel to recognize patterns and derive correlations.

Military Robots can reduce overloaded with stress, Facial recognition AIs are developing rapidly, and Augmented reality can be used to close “skill gaps” in complex maintenance, it is now being used by international airlines, AI can improve the logistics of an organization, It can improve the speed at which decisions are made and executed on.

The military maintains numerous vehicles, so, those vehicles must be maintained when damaged in combat by the environment or through normal wear and tear, Artificial intelligence can aid in the repair of vehicle fleets and increases efficiency.

AI reduces repair costs, and enhances pilot safety through efficient maintenance operations, The technician enters the damage type & dimension details during each new maintenance cycle, This information is automatically stored in the software and can be retrieved in the future.

Conversational Interfaces for military use have additional issues than for use with the public, They need to work with a high degree of certainty or else the drawbacks of errors or inaccuracy could cost the lives of one or many operators, A system that does not properly deliver a scheduled report to a leader while in battle may cause the leader and the vessel they command to be caught severely off guard and put into a potentially dangerous scenario.

A rifle is not prohibited under international law, but using it to shoot civilians would constitute an unlawful use, some weapons (e.g., biological weapons) are unlawful peruse, even when used only against combatants, so, some autonomous weapons systems might contravene international law.

Human-out-of-the-loop weapons can select targets without any human input or interaction, This kind of autonomous weapons system is the source of much concern about killing machines, fully autonomous weapons would undermine other, nonlegal protections for civilians”, They are emotionless robots that kill and instill fear among the population without having to worry about soldiers who might empathize with their victims (who might be neighbors, acquaintances, or even family members).

Military robots use and importance