Sex determination in humans and Abnormal chromosomal cases in humans

By discovering sex chromosomes , Scientists decided that man is responsible for determining the sex of fetus , not the woman as was believed before , In the nucleus of human Somatic cells , There are 23 pairs of chromosomes , which are Autosomes ( somatic chromosomes ) and sex chromosomes .

It can be possible to distinguish between human male and female cells as following :

Each somatic cell contain 22 pairs of autosomes and one identical pair of sex chromosomes ( XX ) and their chromosomal structure ( 44 + XX ) .

Each somatic cell contains 22 pairs of autosomes and one different pair of sex chromosome ( XY ) and their chromosomal structure is ( 44 + XY ) .

When mating two individuals , the following genetic analysis shows the possibilities of giving birth of males and females :

Chromosomes ( X ) differs from chromosome ( Y ) in size and type of genes each carries , The genes carried on the two chromosomes ( X ) and ( Y ) that responsible for sex determination work at the first months of pregnancy , where :

The fetus which carries ( Y ) chromosome begins after six weeks of starting pregnancy , to produce hormones stimulates the tissues of gonads ( which are undifferentiated ) to form the two testes , then the rest of male genital organs differentiate .

The fetus which does not carry ( Y ) chromosome : begins after 12 weeks of starting pregnancy in the formation of the two ovaries , then the rest of the female genital organs differeniate . 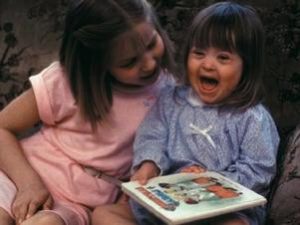 These abnormal cases take place as a result of a reduction or an increase in the number of sex chromosomes or autosomes at their formation during meiosis , This leads to formation of abnormal individuals after fertilization .

Sometimes during gamete formation by meiosis , the sex chromosomes are not equally distributed due to their adhering closely to each other .

The sex : Abnormal male due to presence of chromosome ( Y ) .

Symptoms : A sterile male due to absence of sperm generating cells , Appearance of some feminine characteristics such as growth of breasts in size and tallness .

The reason of disturbance in body : The lacking of the chromosome ( X ) with what it carries of genes of non-sexual characteristics leads to production of a female with several deformities .

The sex : abnormal female due to absence of chromosome ( X ) .

Symptoms : A female does not reach puberty due to lack of sufficient amount of hormones , Shortness , Some congential defects in the heart and kidneys .

It was discovered by the British doctor Down ( 1866 ) , The reason of this case is due to Fertilization between a normal gamete and an abnormal gamete ( sperm or ovum ) carries  a pair of chromosomes no. 21 .

The reason of disturbance in body is due to the presence of three copies of the chromosome no. 21 , The sex is abnormal male or female .