What are the stages of embryo (fetus) development?

From embryo to fetus

What are the stages of embryo (fetus) development? 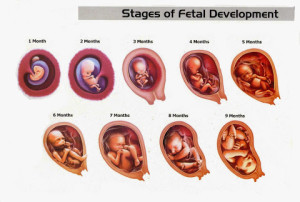 The stages of fetal development

The period of pregnancy (9 months) can be divided into 4 main stages which are: 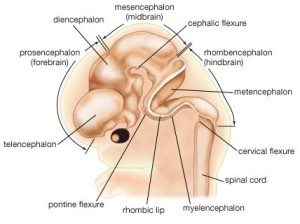 The first stage starts from the moment of zygote formation till the end of the sixth week, In this stage, the head starts to differentiate (it is similar to the reptiles head), The eyes appear distinctly, In the sixth week, the heart can be seen and heard pulsating using the sonar.

The second stage starts from the beginning of the seventh week till the end of the twelfth week, In this stage, the facial features can be distinguished, the genital organs start to develop and the appearance of the digits in the limbs. 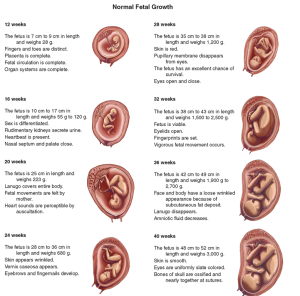 The third stage starts from the beginning of the 13th week till the end of the 22th week, In this stage, the bones start to develop, as well as the circulatory system, the sex of the embryo can be distinguished, and the mother can feel the movement of her fetus due to the strength of the embryo muscles which help in the movement.

The fetus at the eighth month

The fourth stage starts from the beginning of the 23th week till the delivery (the birth), In this stage, the development of all body systems is completed, the embryo can move his hands and feet.

Before the delivery, the embryo position changes gradually to be inverted, where the head is directed towards the cervix, The baby can be born in the 28th week, where his two lungs are able to respire and all systems are completely developed.