The fertilization process in the human 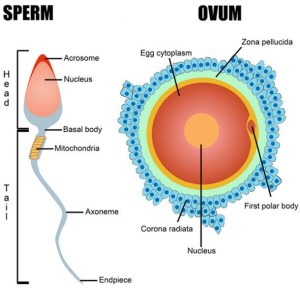 The sperm and the ovum

During the mating, the male secretes billions of the sperms which move from the vagina towards the uterus then to the fallopian tubes. 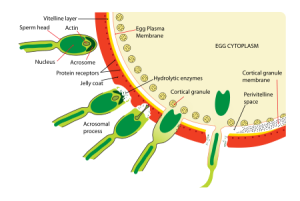 The penetration of the sperm inside the ovum 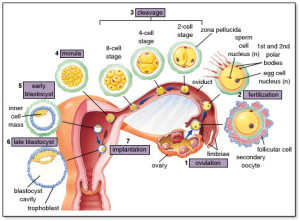 The zygote transfers to the uterus to be implanted in its lining, and it divides many successive divisions into many cells that differentiate and continue to grow forming the embryo (the fetus), The period between the fertilization and the delivery is known as the pregnancy period which extends about 9 months.

In case of failure of fertilization, the endometrium falls down and the blood capillaries detach causing the blood to flow out of the vagina for 4 to 5 days in a process known as menstruation.