Samsung Galaxy J8 has Super AMOLED capacitive touchscreen, 16M colors, It comes with a big size of 6.0 inches, 91.4 cm2 that is very suitable in playing games, browsing the internet and watching videos, It has a resolution of 720 x 1480 pixels, 18.5:9 ratio (~274 ppi density) and it gives you a multitouch feature.

Samsung Galaxy J8 has the latest operating system of Android 8.0 (Oreo), It comes with Qualcomm SDM450 Snapdragon 450, it has a fast CPU, It presents Octa-core 1.8 GHz Cortex-A53, It supports Adreno 506 and it offers a superb performance without any lags.

Samsung Galaxy J8 offers a superb expandable memory via card slot, microSD, up to 256 GB (dedicated slot), It offers a high internal memory of 64 GB, It has a great 4 GB RAM which is very useful in multitasking performance, It offers lots RAM & a large memory. 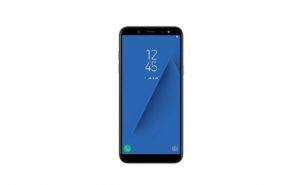 Samsung Galaxy J8 is announced in 2018, May, It will be released in 2018, July, It comes with a plastic body, It comes with Dual SIM (Nano-SIM, dual stand-by), It includes Sound Alert types such as Vibration, MP3, WAV ringtones, It has a premium & impressive design.

Samsung Galaxy J8 has MP4/H.264 player, It presents MP3/WAV/eAAC+/FLAC player, It presents a photo/video editor, It comes with a document viewer, It has a non-removable Li-Ion 3500 mAh battery that lasts for a long time, It offers a high battery capacity, It has misc colors such as Black, Gold & Blue.

Samsung Galaxy J8 offers a flash that enables you to take amazing photos with high quality, It has Dual Sim that allows you to use two services without the need to carry two mobile phones at the same time, It has a decent & high-quality camera that helps you to take sharp & clear photos, It offers almost all the connectives such as Wi-Fi, Bluetooth, USB, 3G & 4G.