Placenta importance in fetal development & the most common placental problems

The placenta is an organ which connects the developing fetus to the uterine wall to allow the nutrient uptake , It provides thermo-regulation to the fetus , the waste elimination , and the gas exchange via the mother’s blood supply , It is also known as the afterbirth , And it is connected to the baby by the umbilical cord .

The baby is inside the bag of fluid called the amniotic sac which is made of membranes, The umbilical cord and the placentas are a defining characteristic of the placental mammals but they are also found in some non-mammals with varying levels of development . 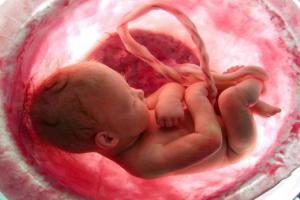 What does the placenta do?

The placenta fights against the internal infection and it produces the hormones to support the pregnancy ,  It provides oxygen and the nutrients for growing the babies , It removes the waste products from the baby’s blood and it grows throughout the pregnancy .

The placenta gives some protection against the infection for the baby while it is in the womb , It protects it against the most bacteria but it does not protect the baby against viruses and the placenta plays the crucial role during the pregnancy .

Alcohol , nicotine and the other drugs pass through the placenta and they cause the damage to the unborn baby , The placenta passes the antibodies from the mother to the baby , It gives it the immunity for about three months after birth , However , it only passes on the antibodies that the mother already has .

The most common placental problems

The premature rupture of the membranes affects the placenta health , During the pregnancy , The baby is surrounded and cushioned by the fluid-filled membrane called the amniotic sac , If the sac leaks or breaks before the labor begins , the risk of certain placental problems will be increased .

During the pregnancy , the most popular placental problems include the placental abruption , the placenta previa and the placenta accreta , These conditions can cause the potentially heavy vaginal bleeding , After the delivery , retained placenta is also sometimes a concern .

When the placenta peels away from the inner wall of the uterus before the delivery ( either partially or completely ) , It is known as the placental abruption ( the abruptio placentae ) , It can cause varying degrees of the vaginal bleeding and the pain or the cramping , It may deprive the baby of oxygen and the nutrients , And in some cases , early delivery is needed .

The placenta previa occurs when the placenta partially or totally covers the cervix , the outlet for the uterus , It is more popular early in the pregnancy and it might resolve as the uterus grows , And it causes severe vaginal bleeding before or during the delivery .

The placenta accreta occurs when the placenta blood vessels grow too deeply into the uterine wall , It can cause the vaginal bleeding during the third trimester of the pregnancy and the severe blood loss after the delivery .