The parasite lives on or inside another organism (the host) and benefits from the host at the host’s expense, Although this definition applies to many microbes, including bacteria, fungi, and viruses, doctors use the term “parasites” to refer to Protozoa (such as amebas), which consist of only one cell, The protozoa include a wide range of single-cell organisms such as Giardia, which infect the intestine, and malaria, which travel in the bloodstream.

Parasites are microscopic or large enough to see with the naked eye, and they survive by feeding from the host, They can spread parasitic infections, which can lead to sepsis. Most worms produce eggs or larvae that develop in the environment before they become capable of infecting people, Development in the environment may involve another animal (an intermediate host), Worms include roundworms, such as hookworms, and flatworms, such as tapeworms and flukes.

These are resorted to in certain parasitic infections as: 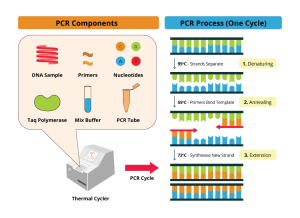 The latex agglutination assay is an immunochemical test, Later particles coated with pathogen-specific antigens or antibodies are used, In positive reactivity, the addition of the patient’s sample leads to crosslinking of the particles and visible turbidity.

The pathogen-specific antigen is fixed on a slide and the patient’s serum is next added. Antihuman gamma globulins tagged with fluorescein dye are added. Positive sera show a bright green fluorescence under the fluorescent microscope.

As its name implies, ELISA involves the use of enzymes and the specific binding of antigen and antibody, It is a method of the target antigen (or antibody) capture in samples using a specific antibody (or antigen), and target molecule detection/quantitation using an enzyme reaction with its substrate, The enzyme reaction is measured colorimetrically.

it is a test that can be used to detect the presence of either a specific antibody or specific antigen in a patient’s serum, based on whether complement fixation occurs. The pathogen-specific antigen/antibody is added to the tested serum then a standard guinea pig complement is added, After giving time for the reaction to occur; anti sheep’s RBCs antibody and washed sheep’s RBCs are added in consequence, A positive test is considered if there is no haemolysis.

It is a simple gel-based assay for detecting specific antigen-antibody reactions reaction by observing precipitates formed where the two reactants are met with the aid of an electric current.

These dipstick tests are mainly used for the detection of parasite antigens in body fluids. A positive reaction denotes active infection and is more specific than antibody detection techniques.

Principle: Specific monoclonal antibodies are impregnated onto a nitrocellulose strip of paper with a colour dye. This is dipped into the patient’s sample. In the case of a positive sample, the antigen migrates up the strip to form an immune complex with the monoclonal antibody and with the aid of the dye this complex appears as a red line.

A treated suspension of a specific parasitic stage is injected intradermally in the forearm, A positive reaction shows a red indurated wheel after 48 hours.

The patient’s sample such as serum or faeces suspected of having a parasite is fixed on a nitrocellulose membrane. The probe is then added, and the nucleic acids are allowed to hybridize, if the sample contains the parasites, then it can be detected by observing the residual radioactivity

The principle of this technique depends on the ability to replicate a single target piece of DNA of the parasite in the presence of a polymerase enzyme, If the target DNA is present in the sample multiple copies of it can be made and these can then be easily detected by gel electrophoresis.