Urine is a liquid by-product of metabolism, It flows from the kidneys through the ureters to the urinary bladder, It is often toxic, The kidneys make urine by filtering the wastes and extra water from the blood, The waste is called urea, the blood carries it to the kidneys, and urine travels through ureters to the bladder which stores urine until you are ready to urinate.

Urine ranges between 1 and 1.5 L/day, The volume depends on water intake, external temperature, diet, mental and physical state of the individual, Normally, more urine is secreted during the day than at night.

Abnormal increase (polyuria): More than 3 L/day, It occurs in diabetes mellitus (may reach 5 L/day); in diabetes insipidus (10-15 L/day) and in hyperparathyroidism.

Physiological decrease: May occur in summer due to increased sweating and during fasting or restricted fluids in the diet.

Abnormal decrease (Oliguria): Less than 200 ml/day. It occurs in acute nephritis, heart failure, shock, burns, and after hemorrhage. Also may occur during and after vomiting and diarrhea.

Anuria: No urine at all, in late stages of renal failure and heart failure. 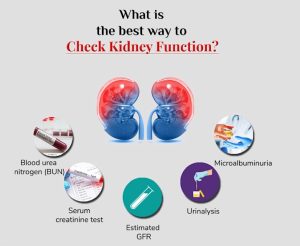 The normal color of urine is amber yellow, This color is due to pigments called urochromes, They are urobilin or urobilinogen + peptide, There are also other pigments (coproporphyrin, uroerythrin), but occur in small amounts, The color is changed in the following conditions:

Fresh urine is normally aromatic (uriniferous), This odour is changed by:

Normal urine is devoid of deposits. In case of its presence, the color and shape of deposits are examined, In order to examine the deposit, we perform centrifugation to urine then microscopic examination for:

The excretion is increased whenever protein catabolism is increased as in fever, diabetes mellitus or excess adrenocortical activity, Urea is synthesized in the liver, so decreased urea excretion is met within advanced liver diseases. Retention occurs in nephritis which results in smaller output and an increase in urea concentration in the blood.

The increased amount of albumin in the urine (normally 30-200 mg/day) is called albuminuria, which can be:

Albumin in urine is detected by a heat coagulation test, There are other types of proteins that may appear in the urine as Bence-Jones proteins, Bence-Jones proteins are the abnormal globulins that appear mainly in case of multiple myeloma which is a bone marrow cancer, also in leukemia and lymphosarcoma, The urine in such conditions undergoes 3 phases: clotting when heated to 60° C, dissolving at 100°C, and re-clotting by cooling.

They are acetone, aceto-acetate and ß-hydroxybutyrate, Normally 3-15 mg are excreted in urine per day. Ketonuria is the presence of excessive amounts of ketone bodies in urine, This may occur in uncontrolled diabetes mellitus and during prolonged starvation, Aceto-acetate and ß-hydroxybutyrate are eliminated as salts thus depleting the alkali reserve which results in acidosis.

Due to bilharziasis, blood diseases, renal stones, and renal tumours. Hemoglobinuria, which is less common, is due to excessive haemorrhage in the urinary tract.

The occurrence of uroporphyrins, as well as the increased amount of coproporphyrins in urine, is termed porphyria.

Evaluation of the functioning capacity of the kidneys may be ascertained through laboratory tests. Some of the investigative tools include:

Urine analysis: screens for the presence of abnormal constituents and hence related disease.

The presence of albuminuria on two occasions with the exclusion of a urinary tract infection indicates glomerular dysfunction. Measurement of urine osmolality (specific gravity) allows for assessment of concentrating ability of renal tubules hence used as Tubular Function test.

Determination of the circulatory levels of non protein nitrogenous substances:

Control of water balance in your body, Regulation of volume & osmolality of Body fluids