Science advantages, disadvantages, use and abuses of science in different fields

Science has influenced the medical industry which reduces thousands of deaths every day. Science helps us live longer, Science reduces child mortality. Science has many benefits for young students, Science is the study of the environment. It includes the study of animals, chemicals, the force, earth, plants, etc..

Science is the pursuit and application of knowledge consequences, observations, and understanding of the natural and social world following a systematic methodology based on evidence. Science teaches you how to think analytically, and it teaches you how to solve problems. We will live a difficult life without science, Science is further divided into three main branches: physics, chemistry, and biology.

Robotics is used in manufacturing, in search, in rescue missions & in the military, It is used in factories all over the world and many people recently have lost their jobs, Robots become more efficient & precise than humans. Robots can be constructed to evoke human form, but most robots are task-performing machines, designed with an emphasis on stark functionality, rather than expressive aesthetics. 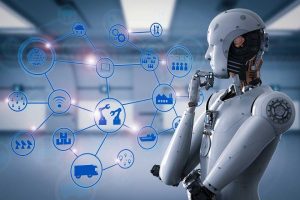 Benefits of science in different fields

Science contributes to ensuring longer and healthier life, It monitors our health, It provides medicine to cure our diseases, It alleviates aches and pains, It helps us to provide water with our basic needs, including our food, It provides energy, and it makes life more fun, including sports, music, entertainment and the latest communication technology.

Science plays a vital role in man’s life from the day a person starts till we go to sleep, There are many scientific inventions such as computers, satellites, x-rays, plastic surgery, cell phones, electricity, the internet, photography, etc., that have proved to be very useful.

Science makes our lives easier and increased our lifespan due to the hard and continuous inventions and the theories of scientists, Advancements in science increase productivity, improve collaboration and tackle more complex projects with the help of machines.

Science has developed and invented different means of transportation such as trains, motor vehicles, boats or aircraft, etc., that are very useful for us in our everyday life. The transport industry has grown tremendously due to developments in science and technology.

Science has transformed human life in the field of communication, The telephone, internet, E-mail, VSATs, networking, telex, fax, cell phones, laptops, GPS systems, wireless, and telegrams are all the inventions of science that have brought the world closer to us, News can be sent to all over the world to another within a single moment. The worldwide web has been proved to be a boon for us, from which information can be retrieved by various means.

Advances in the medical field have led to fewer infections or lethal diseases than ever before, Physicians are more positive in their ability to cure or control them because of new inventions, Technology allows us to access these therapies via large devices and methods such as pacemakers, MRI machines, X-rays, ECG, operating systems, etc. Science allows us to cope better with illnesses today.

Science has made the farmer’s life easier and faster in many ways such as sowing seeds, harvesting, spraying fertilizers, irrigation, etc., by improved machines. Plant selection and breeding techniques can be used to improve crop yield and quality, A better variety of seeds are used to enhance crop production.

The pollution is increased due to means of transport. The development of deadly weapons can wipe out humanity easily, The nuclear bomb, explosives, hydrogen bombs, poisonous gas, missiles, chemical warfare, etc., can pollute the environment and kill many people.

The high usage of chemical fertilizers can decrease soil quality and affect the quality of food. Dumping of industrial wastes in water sources such as rivers, oceans, etc., creates havoc on aquatic life forms, Advancements in science led to the misuse of mass media for propaganda.

Science online application is a large portal of science and technology, The app is compatible with Android. Science online is a big website, There is useful information about Robots, Physics, Chemistry, Biology, Mobiles, Computers, Technology, Industry, Health, Medicine & Programming. Science led to the creation of technologies we use every day, Science makes work faster, safer and more effective, and more efficient. Science has done a great service to human beings.

The importance and uses of the educational robotics for the students

Robot teachers use, advantages and disadvantages