Metabolism is all the physical and chemical processes in the body that create and use energy, such as breathing, circulating blood, digesting food and nutrients, eliminating waste through urine and feces, and regulating temperature.

Minerals are very essential for the human body, They have various roles in metabolism and body functions, They are important for the proper function of cells, tissues, and organs. Mineral metabolism disorders are abnormal levels of minerals in the blood.

The mineral elements present in the body are classified into:

II. Trace elements: These are elements present in small amounts, i.e. ug/g amounts or less. They are subdivided into three groups: 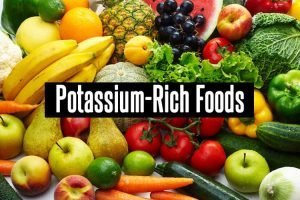 This is a rare condition characterized by elevated plasma sodium levels. This condition may occur due to:

This condition is manifested clinically by hypertension and oedema.

This condition is characterized by low plasma sodium levels. This may occur due to:

This condition is manifested clinically as headache, nausea, diarrhea, and muscle cramps

It is mainly intracellular, so:

This is increased plasma potassium level and this may be due to:

This condition is characterized clinically by cardiac and central nervous system depression in the form of bradycardia, ECG changes, mental confusion, and flaccid paralysis.

This is decreased plasma potassium level and may be caused by.

This condition is characterized clinically by muscle weakness, irritability, tachycardia, and ECG changes

The high concentration gradients of Na+ and K+ that exist across the cell membrane are maintained by the activity of an energy-requiring pump that transports Na+ out of the cell in exchange for K+. The energy is provided by ATP generated in the cell. For every molecule of ATP changed into ADP+P, three Na+ ions are pumped outward and 2 K+ ions are pumped inward.

The enzyme used in this reaction is Mg-activated Na+-K+ ATPase. Ouabain (a cardiac glycoside) inhibits the Na-K pump. Na-K pump may be used at the same time in the compulsory cotransport of Na and solute molecules. So, no extra energy is required, eg glucose, and amino acids absorption in the intestine.