The Sun occupies the centre of the solar system, the Earth is one of the eight planets revolving around it. The Earth is the planet that we live on, The ozone layer protects living organisms from the harmful ultraviolet radiations. The temperature on the Earth‘s suits the life of living organisms due to the presence of the Earth in the third position according to its distance from the Sun.

The Earth with the other planets revolve around the Sun by the action of gravity. The Earth completes one revolution around the Sun in 365.25 days. The Earth occupies the third position according to its distance from to the Sun. (it is preceded by Mercury and Venus). The distance between the Sun and the Earth is about 150 million kilometers.

Concerning the volume, the Earth occupies the medium position in the solar system because it is the biggest inner planet and it is smaller than any planet from the outer planets. It occupies the fourth-order (ascendingly) regarding the volume, and its average radius is about 6386 km approximately.

Earth’s mass is considered as the biggest mass in the inner planets of the solar system. Its mass is 5.9 × 1024 kilograms. Characteristics of the Earth that support the continuity of life are atmosphere, Hydrosphere, suitable temperature, Gravity & Suitable atmospheric pressure. 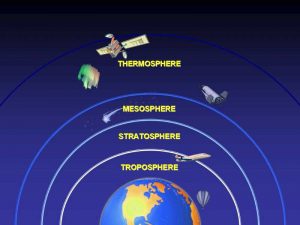 The Earth is surrounded by an atmosphere as it appears like a white colour around the Earth in the picture captured from the Moon’s surface. The Earth’s atmosphere consists of a group of different gases, Nitrogen gas (78%), Oxygen gas (21%), Carbon dioxide gas (0.03 %), Water vapour (variable percentage), and other gases (very little percentage).

Importance of the Earth’s atmosphere

The gases of Earth’s atmosphere have great importance in the continuity of life, Oxygen gas is used in the respiration process of living organisms, it helps in the combustion (burning) process of fuels. Nitrogen gas reduces the effect of oxygen gas during burning processes, plants use it to form proteins. Carbon dioxide gas is used by green plants in the photosynthesis process to form food for other living organisms including people.

The great expansion of the atmosphere in the space helps in burning millions of small falling meteors completely before reaching the Earth’s surface. It helps in reducing the high speed of large meteorites and burning a part of them before they hit the Earth’s surface.

The weather and climate phenomena take place in the atmosphere, such as wind movement, clouds formation, rain falling to complete the water cycle. Earth’s atmosphere participates in keeping the Earth’s temperature suitable for life. It contains the ozone layer, which protects living organisms from harmful ultraviolet rays.

Water bodies such as oceans, seas, lakes and rivers represent about 71%, Land, such as mountains, plains, valleys and islands represent 29%. Water is divided into salty water and fresh-water, Salty water represents 97% of the water area on the Earth’s surface. It exists in the ocean and seas.

Freshwater represents 3% of the water area on the Earth’s surface. It exists in Rivers, Lakes, Snow at the two poles, and groundwater in the pores and cracks of the rocks that form the solid mass of the Earth.

Water is necessary for the life of all living organisms (plants, animals, and humans), where: Plants use it in the photosynthesis process to form food. Man and animal benefit from it in completing food digestion and absorption processes in the digestive system. Water shares in blood formation, and it keeps the constancy of body temperature.

The temperature on the Earth‘s surface is suitable for the continuity of life of living organisms at day and night due to the presence of the Earth in the third position according to its distance from the Sun.

The Earth is characterized by the pressure of suitable atmospheric pressure (air pressure) of about 76 cm.Hg, this pressure suits the continuity of life on the Earth‘s surface.

The inner structure of the Earth

Scientists think that the inner part of the Earth was in a molten form at its origin due to the high temperature of Earth’s core. As a result of the revolution of the Earth around its centre, the heaviest metals (iron and nickel) descended towards the centre, and the lightest components in density ascended upwards.

This led to the formation of a number of layers. Each layer has its own characteristics that distinguish it from the others. The Earth (as the egg) consists of three layers arranged from outside to inside as follows:

The Earth‘s inner core is rich in iron and nickel because they are from heavy elements that descend towards the centre of the Earth due to its rotation around its centre.

The weather factors and the importance of the weather prediction